ZOOLOGISTS at the Bratislava zoo have given up hope that Ada the female rhino will have a baby sired "the normal way". 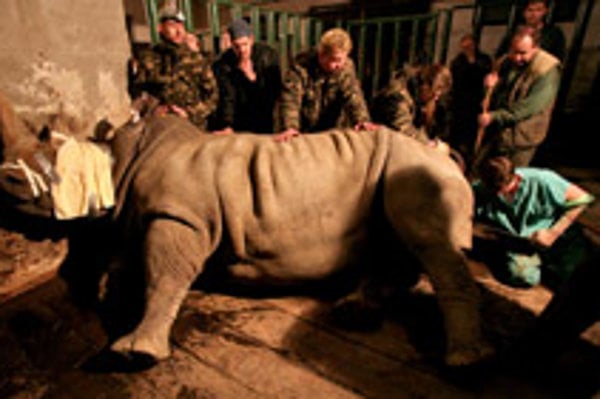 ZOOLOGISTS at the Bratislava zoo have given up hope that Ada the female rhino will have a baby sired "the normal way".

On January 26, 26-year-old Ada underwent an in-situ artificial insemination. German vets used semen from a rhino from the Budapest zoo.

But zoologists will only know after three months whether Ada will finally become a mother, the SITA newswire wrote.

Zoologist Martin Krug of the Bratislava zoo hopes that Ada will get pregnant, as the whole insemination process is expensive. It costs an estimated €4,500.

"Unfortunately, we have failed to find a sponsor so far," Krug said. "We would welcome some financial help, as we will need some exams in the future, which should cost €1,000."

In the past, the zoo has tried to couple Ada with two male rhinos. However, the first one was young and inexperienced, so the whole attempt failed. In the second case, the male was 80-percent infertile and Ada did not become pregnant, said Krug.