KOŠICE has been working hard on making its young and educated stay at home, thus improving the pool of available labour. In return the region promises better roads, a stronger focus on education and added-value investments. The Slovak Spectator spoke to Zdenko Trebuľa, chairman of the Košice Region, about the region's prospects, improved educational curriculum, cooperation with its neighbours and investors' appetite for east Slovakia. 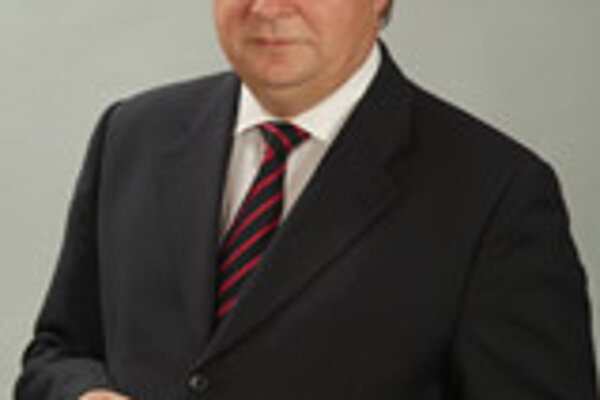 KOŠICE has been working hard on making its young and educated stay at home, thus improving the pool of available labour. In return the region promises better roads, a stronger focus on education and added-value investments. The Slovak Spectator spoke to Zdenko Trebuľa, chairman of the Košice Region, about the region's prospects, improved educational curriculum, cooperation with its neighbours and investors' appetite for east Slovakia.

The Slovak Spectator (TSS): The unemployment rate in the Košice region stands at around 20 percent. What are the reasons for the region's high jobless rate?

Zdenko Trebuľa (ZT): High unemployment is in fact fuelled by regional disparities, which have not been decreasing but instead growing. Insufficient infrastructure, mainly in regards to transport, turns potential investors away. The solution is the speedy construction of better transport infrastructure, which would be able to bring about change.

The regional government is active in this process and has been cooperating with towns and villages in the region. We are also trying to improve the condition of the roads, and Košice was granted a Sk1.4-billion loan from the European Investment Bank, a major part of which will be used for road maintenance.

The structure of the labour market is another substantial problem. Statistics show that a large portion of the unemployed are people without qualifications who find it very difficult to get a job. Unfortunately, the way students' are going in terms of their professions does not correspond with the needs of the Košice Region's investors. Students are less and less interested in careers in the machinery, construction, and textile industries. We are trying to find a joint solution in getting students a relevant education.

TSS: Young people have been leaving Slovakia to find better job opportunities elsewhere. Many of them come from eastern Slovakia. Do they still have a reason to leave?

ZT: We are making efforts so that young people will not have to go abroad to find job. The solution lies, for example, in a new concept for secondary vocational schools, which we are now preparing. Such a plan should halt the decline of interest in careers in the machinery, textile industries, among others.

The outline includes plans for specialisation centres, similar to ones in the EU, that are designed to meet the industry's needs. We want employers to analyse the situation on the labour market and come up with the number of qualified professionals that they need. We also expect more involvement on the part of employers in preparing curriculum in places of education. The market demands a new curriculum, and the old one should be scrapped.

Current developments seem to show that car assembly and components for the automotive industry, including electro-technology and electronics, machinery, information and communication technologies, software, the pharmaceutical industry, and business services support are good prospects for Slovakia's future.

TSS: EU funds for regional development might provide substantial help. Has the region been taking advantage of these?

ZT: In terms of EU funds, the Košice Region was partway successful during the last funding period. We had planned to draw Sk2 billion, but in the end we succeeded in getting about one tenth of that. Out of 100 submitted projects, 37 were successful. However, we were the most successful of all the regions in projects requiring cross-border cooperation.

Košice is also the only region which has worked out a strategic document for countryside development. It will support the Košice regional government, as well as town and village mayors, during the next seven years in dealing with rural development policy. By the end of February, 36 pilot projects should have been prepared through the Education in the Country project. At the same time, we will also work on finalising a manual for using renewable energy sources in rural areas by the end of February. A manual for agro-tourism will also be prepared.

Košice now has its Regional Innovation Strategy, a core document for the development of the region's knowledge-based economy. Košice's position as the second most-important centre of education in Slovakia should be strengthened and thus attract new investments with high innovation potential into the region.

The development of tourist destinations, mainly Zemplín Šírava Lake, Slovak Karst, the Tokaj area, Slovak Paradise, and the Wine, Gothic and Iron roads should also get a boost.

In the regional operation programme it would be ideal if the regional governments were the ones who made the plans and earmarked financial sources for the regions, and not the Construction and Regional Development Ministry. However, so far, an agreement between the regions and the ministry has not been reached.

TSS: Eastern Slovakia historically suffers from a lack of road infrastructure. Which routes do you consider a priority for development?

TSS: How is your region cooperating with neighbouring regions, both in Slovakia and abroad?

ZT: The Košice Region has developed a programme for Hungary, Slovakia and Ukraine in the INTERREG IIIA project. The programme's most important activities included the exchange of theatrical performances between Košice and Miskolc, and the refurbishment of the pearl of the Gothic path - the Rákoczi crypt in St. Elisabeth Cathedral in Košice.

Concerning road reconstruction, we did maintenance work on the Perín - Buzica - Szemere (in Hungary) roads and reconstructed a road and a cycling-path on Slovak-Ukraine border, which can also be used for hiking between Veľké Slemence and Suhra, and the road connecting Veľké Trakany and the Hungarian border.

Cooperation with Hungary goes even deeper. The Košice and Banská Bystrica Regions have signed an agreement of cooperation concerning the Borsod - Abaúj - Zemplén region and Nógrád in Hungary. The regions have agreed to support cross-border projects that will deal with common problems. The Košice Region, on the Slovak side, and the Borsod - Abaúj - Zemplén region on Hungarian side were the most successful among the submitted and approved projects.

ZT: Our region knows exactly what human and institutional capacities it has in the investment policy. We have worked out a very detailed analysis of the current investment environment and a prognosis of its development. In the search for investors we are cooperating with the Slovak Investment and Development Agency, the Economic Development Centre of US Steel Košice, the Slovak Chamber of Commerce and Industry, and many domestic and foreign developers and investors.

TSS: What areas of business do you see as having the best prospect for development in the Košice Region?

ZT: We see a great future for the region in the area of tourism, but even more in the knowledge-based economy. Eastern Slovakia has a strong foundation for research and education, including three universities with which the Košice Region cooperates very well. Twenty-nine brief projects focusing on research, development and innovations have been the result of this cooperation, and the educational institutions are ready for further development.