PREŠOV is one of the ten poorest regions of the European Union. Slovakia's eastern region isn't happy about such a "badge of honour" and has been working on reversing these trends. 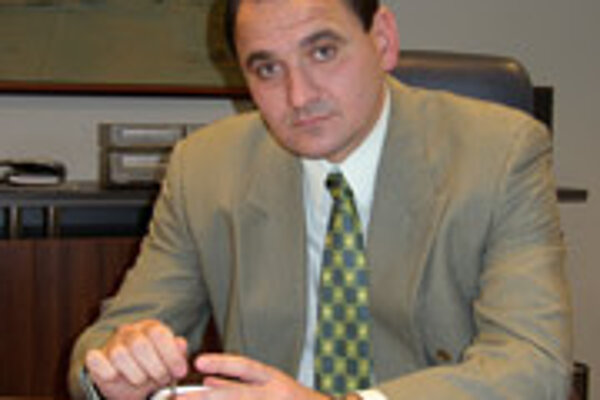 PREŠOV is one of the ten poorest regions of the European Union. Slovakia's eastern region isn't happy about such a "badge of honour" and has been working on reversing these trends.

Peter Chudík, chairman of the Prešov Region, says that Prešov has been repairing its roads, mending the holes in its school system and working on channelling EU money where it is needed. He also believes that the region has enormous untapped potential in tourism. The Slovak Spectator spoke to Chudík about the pains and prospects of the region.

The Slovak Spectator (TSS): Eastern Slovakia has suffered the most from regional disparities. What has deepened the gap between your region and some other parts of the country? Have you seen improvements or is the situation worsening? What factors contribute to this development?

Peter Chudík (PC): The Prešov Region is one of the ten poorest regions of the European Union. We surely are not happy about it but one has to see it as a consequence of more than 30 years of development on our territory. The gap has not deepened overnight, and we can not repair in a week. Of course, things are getting better, but it will take some time before the results show. However, there is already some visible progress: our school system is out of debt; we have solved problems with hospitals; and we finance not only our social facilities, but private subjects as well. We have taken over all spheres that were deeply in debt. When we started repairing roads, we found some of them had not been worked on for 30 years! In the three years since, we have maintained second and third class roads, investing Sk1.5 billion in them. We were the first region in Slovakia to receive a loan from the European Investment Bank amounting to Sk1.3 billion in 2006. Currently, we are preparing the allocation of the last payment.

TSS: Currently, there are options to use European Union funds for regional development. What is the role of these funds in your region? Where do you see reserves in their use?

PC: Accessing funds is undoubtedly a necessity for developing our region. We have three choices: the first one being the revenues of the region itself; the second is income from outside - credit resources, which we used to the maximum; and the third is European funds. We have been working on the Regional Operation Programme (ROP) for years. First, we fought just for its existence, then for the sum of the finances. Finances flowing into the Prešov Region have swelled by three percent, which presents Sk1.5 billion for our region for the period of 2007-2013. I believe this programming period will spur economic growth in our region.

Today, we have the main national reference programme and 11 operational programmes approved. Unfortunately, individual branches do not have the same view on how the money from the Euro-funds should be used, and what the role of the regional government should be.

It is unfortunate when someone in Bratislava tries to decide how to allocate the money, not knowing the situation in the regions. A typical example is the Regional Operation Programme, which already in its title states that it is regional, i.e. it should be implemented through regions. The paradox is that the Ministry of Construction and Regional Development claims it cooperates with regional governments, but unfortunately, none of the regions know about cooperating with the ministry. We wait too long for things to start moving. The ministry lags behind our demands and our initiative. Its approach to the Regional Operation Programme has also been criticised by Brussels as well.

TSS: Eastern Slovakia traditionally suffers from a lack of infrastructure. What is your take on the region's infrastructure and which transportation routes do you consider crucial?

PC: It seems that the development of the whole region, or the lack thereof, is a result of the state of transport infrastructure. No investments into industry and no development of tourism can progress without the necessary road infrastructure, highways and motorways. We do our best. Since the regional government took over the administration of the second and third class motorways in 2004, we have invested about Sk1.5 billion in their modernisation. I believe that the government will progress in its plans to build a cross-country highway network, as this is one of the conditions for securing a future for this region. But on the other hand, authorities do not fully realise the importance of the North-South connection of the route of the R4 motorway, the so-called Via Baltica. We strive to revive the only airport in our region - in Poprad - so that regular routes fly there, but it is not easy. It takes time and money.

TSS: The role of regions is irreplaceable when it comes to winning investors because the regions are most familiar with locations and the labour market. However, smooth cooperation with state administration bodies is a must as well. How would you characterise this cooperation?

PC: We are often addressed by businessmen who intend to invest in our region. With every negotiation, the primary question is: What can you offer? Basically, the only lucrative thing we can offer is the cheap labour, but this is not really an offer from the region, but rather the consequence of the current situation, which is in the hands of the Slovak government. The government is in charge of legislation, including that of supporting investments and transport infrastructure, and the authorities have to say how they intend to enhance the competitiveness not only in Prešov, but in the whole Košice Region.

We have created a partnership with an investor planning to pour huge investment in the sphere of tourism. Even here, we depend on the Slovak government. But I believe the government will support this project, as it will revive this region economically.

TSS: What are your region's strengths and weaknesses?

PC: Tourism development is our strength. We also have possibilities in the area of a knowledge-based economy; we want to support the creation and development of technological parks and innovation centres.

I am convinced that our region has enormous untapped potential in tourism, and we should definitely aim in this direction. Everyone who visits our region is charmed by the fantastic countryside, fascinating past and rich cultural heritage. I believe that we made the first successful step at the end of last year, when we supported the Birds' Valley project, which can develop the region's economy in the sphere of tourism. This project fully uses the current advantages and disadvantages of the region. I hope the Slovak government will actively support this project. Birds' Valley is important not just for our region, but for all of Slovakia.