FOUR out of six UNESCO cultural and natural sites in Slovakia, as well as ten of 16 additional prospective sites on the list, are located in the eastern part of the country. This makes eastern Slovakia ripe for the development of a booming tourism industry. 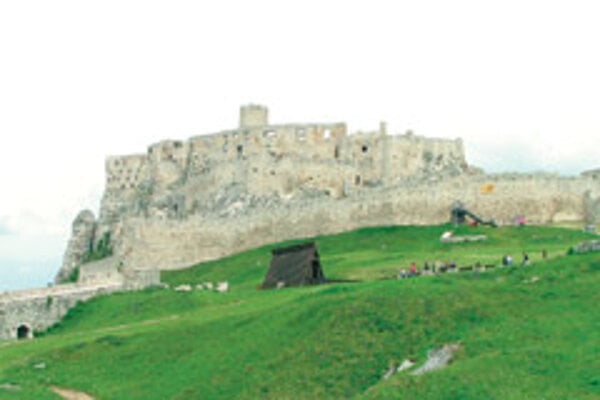 FOUR out of six UNESCO cultural and natural sites in Slovakia, as well as ten of 16 additional prospective sites on the list, are located in the eastern part of the country. This makes eastern Slovakia ripe for the development of a booming tourism industry.

First on the list is Bardejov, a small, well-preserved fortified medieval town in the Prešov Region.

Next on the UNESCO list is Spiš Castle, one of the largest castles in Central Europe, dating back to 1113. The historical settlements of Spišská Kapitula, and the village of Žehra with the Gothic Church of the Holy Spirit, are included in the Spiš area monuments protected under UNESCO.

The Slovak karst is included in the natural UNESCO sites. It displays an extremely rare combination of tropical and glacial climatic effects and makes it possible to study geological history over tens of millions of years. The Slovak karst is a part of the karst territory that stretches to Hungary (Aggtelek). Domica, Gombasek, Silická and Jasovská, as well as the Ochtinská Aragonit and Dobšinská Ľadová ice caves are among the most beautiful in the area. The Slovak karst is also a national park.

In 2007, the primeval beech forests of the Carpathians were put on the UNESCO World Heritage sites list. These stretch across the Slovak and Ukrainian borders. The area is also protected as part of the Poloniny National Park in Slovakia.

Apart from the UNESCO sites, there are many more tourist attractions, both cultural and natural.

In the city of Košice there is the monumental gothic Dome of St. Elisabeth, where the crypt of Rákoczi is situated. St. Elisabeth's is the largest church in Slovakia and the easternmost Gothic cathedral of the western type in Europe.

Other Gothic jewels in eastern Slovakia may be explored following the four routes of the so-called Gothic Path. In addition to the UNESCO sites, they include medieval churches, castles and museums in small Slovak towns and villages such as Levoča, Krásna Hôrka, Betliar, Kežmarok and Stará Ľubovňa.

About 50 wooden churches, built mostly in the 18th and 19th centuries, are dotted across the countryside of eastern Slovakia. The oldest, which is also the oldest wooden church in Slovakia, is located in Hervartov village and was built around 1500. Mass is still celebrated today in many of these wooden churches.

As for modern culture, a museum dedicated to pop-art artist Andy Warhol was established in 1991 in Medzilaborce. Warhol's parents came from Miková, a small village near Medzilaborce.

The High Tatras, Pieniny, and Slovak Paradise national parks are also located in eastern Slovakia, extending to the central part of the country.

Near Prešov there is a unique area in the Slánske Vrchy mountain, Dubník, known for precious opals. The first written document concerning the extraction of precious opals in Dubník dates from 1597, but the mines went through their largest expansion in the 19th century. The vast majority of mining buildings have been preserved, and it is possible to walk through the old shafts or search for opals.