THE MATEJ Bel University in Banská Bystrica (UMB) was granted the Prize of the Mayor of Banská Bystrica in January in recognition of its significant contribution to the social and economic development of Banská Bystrica, and for the good rating it has attained on national and European levels, the UMB website said. 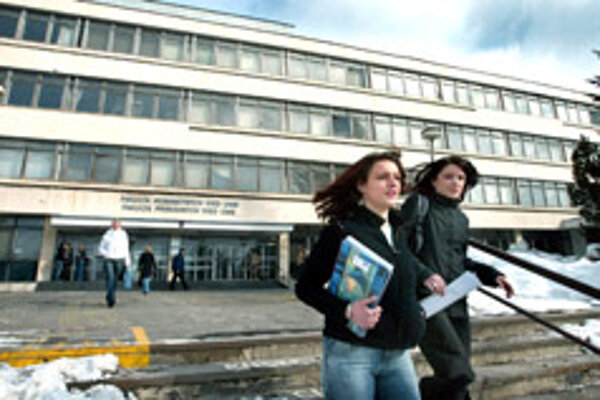 THE MATEJ Bel University in Banská Bystrica (UMB) was granted the Prize of the Mayor of Banská Bystrica in January in recognition of its significant contribution to the social and economic development of Banská Bystrica, and for the good rating it has attained on national and European levels, the UMB website said.

UMB was established in 1992, when the already existing Pedagogical Faculty and the Faculty of Economics of Services and Tourism (formerly part of the University of Economics in Bratislava) merged.

During its 15 years of existence, UMB has come a long way. Now it has six faculties and offers dozens of study programmes, some taught in foreign languages, at all three levels of higher education.

"The mission of the Matej Bel University is to provide advanced education on European and international standards," Beata Kosová, the rector of UMB, told The Slovak Spectator.

"The most popular study programmes are in the fields of law, international relations, economics and management, tourism, social work, pedagogy, finance and banking, applied IT and other courses that can be flexibly applied to the labour market and the needs of potential employers," Kosová said.

One of UMB's most successful international projects is the Faculty of Economics' French study programme, which gives students the opportunity to study some of the subjects in French. These subjects have been available informally since 1994. Since 2004, the French studies have been designed and taught in cooperation with the University of Poitiers.

The project is not limited to just teaching subjects in French, but also includes additional educational activities, such as conferences and seminars organised together with the French Embassy in Slovakia and with other foreign universities.

"Because of this, we want to increase the number of programmes and subjects available in foreign languages and we also want to create better conditions for the students' social life," she told The Slovak Spectator.