FROM Bratislava to Paris, the United States to Afghanistan, Mária Chmelová's efforts to better understand drug addicts and fight against drugs have taken her across the globe. 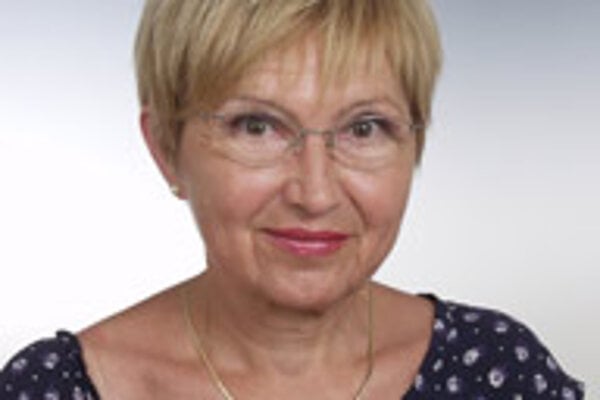 FROM Bratislava to Paris, the United States to Afghanistan, Mária Chmelová's efforts to better understand drug addicts and fight against drugs have taken her across the globe.

Before the fall of communism in 1989, Chmelová worked as a psychiatrist and later moved into the public health sector. After the revolution, she started working in central governmental institutions, devoting her professional career to the fight against drugs.

"I found myself in a new, larger field of medicine, and I started to see health problems in a new way and with a new coherency," Chmelová says about her move into the public health sector. "I became more aware of the close link and relationship between the various factors and the bio-psycho-social interaction that influences a person's quality of life."

Her need to link both the physical and social aspects of life brought her to the Medical Faculty of Comenius University in Bratislava after finishing high school.

"It was probably because of this that I chose the field of psychiatry - a real link of social, psychological and biological phenomena," she explains.

The time was the late 1960s and, though still communist, the political and social atmosphere in Czechoslovakia was freer and the international situation was more relaxed. Young people had a better chance of being able to spend time abroad.

Chmelová and her colleagues from the Medical Faculty were able to spend part of the summer of 1968 in France to see how the maternity care system worked there.

However, in the autumn of 1968, the borders were re-closed and remained so until the fall of communism in 1989. It was a long time before Chmelová again had the chance to realise her aims and see how experts in the West dealt with the problems that she encountered in her work and studies.

Although Chmelová stresses the influence that her 2002 visit to the United States had on her career, she had already had other international experiences elsewhere.

In 1991, Chmelová received a fellowship with the Council of Europe's Pompidou Group, a forum set up in 1971 to prevent drug abuse and drug trafficking. She went to Paris and Strasbourg to take part in the Pompidou Group's courses and workshops jointly organised with UNDCP and WHO, focusing on organising health care for drug addicts.

Chmelová worked as a Permanent Correspondent of the Pompidou Group for Czechoslovakia. After the Czech and Slovak republics split, she organised seminars on drug addiction in Bratislava and Bojnice until 2002. During this time she also worked for several state institutions, dealing with drug addiction problems on the national level.

"As a national coordinator for the Fight against Drugs and mainly as a national coordinator for Drug Demand Reduction, I was able to influence the development of the National Programme for the Fight against Drugs in close cooperation with national experts in various fields and also with foreign experts through European and UN organisations and institutions that specialise in these fields," she says.

In 2002, Chmelová decided to leave the state institutions and focus her efforts in a new field of study. Through a Fulbright fellowship she was able to go to the United States to study the care of drug-addicted women and their children at the Addiction Training Center attached to the Department of Psychiatry of the University of California in San Diego.

"The issue of drug addiction is very complex and its solution requires a multi-dimensional approach," Chmelová says. She believed that the approach to drug addiction problems in the United States was different from that used and implemented in Europe, and it was because of this that she decided to go to the States to get first-hand experience.

"In the US they use the most sophisticated and complex information systems and the most developed research, treatment and re-socialisation methods," Chmelová says.

Her experience at the University of California paid off soon after she returned to Slovakia. In the autumn of 2004 she was invited to take part in a mission in Afghanistan as a European Commission consultant and to help prepare the EU's Drug Demand Strategy.

"During my mission to Afghanistan I was able to compare the issues facing the people there to what I was familiar with at home, and I found many similarities," Chmelová says, adding that what she appreciated most of all was meeting new people - her Afghan colleagues in the field of prevention and treatments.

When asked how international experience can benefit students and teachers, she put the chance to interact with people in first place; getting to know them, their culture and their way of thinking.

"It gives us the chance to cultivate our thinking, our behaviour," she says.

Chmelová now works at the National Health Information Centre in Bratislava, and is in charge of the cooperation with international drug information organisations and monitoring the drug situation in the health care sector. She also lectures part-time at the University of Trnava's Department of Psychology.

But despite her rich and fulfilling career, Chmelová is still not satisfied with what she has accomplished and aims to achieve more.

"In my work at the National Health Information Centre I am trying to contribute to the improvement of the health information system, including the monitoring of health services results, the documentation of differences in clinical manifestations and different population subgroups, and the evaluation of different treatment patterns," Chmelová says.

Thanks to the Ron and Eileen Weiser Professional Development Award for Study and Research that Chmelová was recently granted, she will soon have the opportunity to increase cooperation with her colleagues at the University of Michigan in these fields. Also, thanks to the interest among students and the University of Trnava's management board, she is planning to widen the scope of her studies to include more specialised fields linked to drug addictions that have not been sufficiently developed in Slovakia.

Based on the information available to her at the National Health Information Centre, Chmelová believes the drug abuse situation in Slovakia has improved a lot over the last decade.

"There's no reason to worry that the situation is too critical, yet this does not mean we can rest on our laurels," she says.