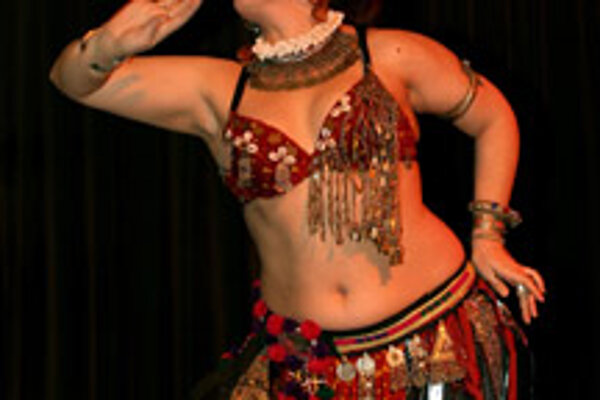 DANCE: THE SEVENTH annual Oriental Night's Dream offers the elegance and rhythms of original Oriental dances, as well as some new dance forms, on February 15 in Bratislava. Dancers from Slovakia and abroad, with American dancer Bri Hurley and Afghani musicians as guests, will perform classical Oriental dances, folklore, ethno, Indian, American tribal style, tribal fusion, Gothic and many other dance styles in the Centre of Culture at Vajnorská 21. The show starts at 19:00 with a planned end at midnight. Tickets cost Sk360. The next day, dance workshops will take place in the Zlatá Špirála Centre at Drieňová 40. For more information, call 0907/781-061.

LIVE MUSIC: Vypsaná Fixa - This Czech punk-pop band kicks off its tour around clubs in Slovakia.

LIVE MUSIC: René Lacko and Down Town Band - A performance by René Lacko, a Slovak musician known for his excellent renditions of Jimi Hendrix songs.

EXHIBITION: PROMINENT Slovak graphic artist, painter and book illustrator Peter Kľúčik presents in Nitra 30 works he created from the late 1980s to present, Graphic Works by Peter Kľúčik. Kľúčik graduated from the Academy of Fine Arts and Design (VŠVU), where he studied graphics and book illustration under acclaimed Slovak artist Albín Brunovský. He has received many awards for book illustrations and held exhibitions in Italy, Spain, Canada and the US, among others. The exhibited works are for sale. The display, which is free, takes place in the Akcent Gallery at Kúpeľná 4 and will last until March 13. It is open daily from 10:00 to 19:30.

CARNEVAL: Jánošíks on Snow - The Vrátna ski resort invites skiers and snowboardists in masks of local hero Jánošík to join the attempt for a Guinness record of the highest number of Jánošíks on a slope.

FESTIVAL: The Borders of Modern Europe - This documentary film festival offers award-winning films from France, Hungary, Spain, the Czech Republic and Slovakia and discussions with their creators.