A poem of colours in Danubiana 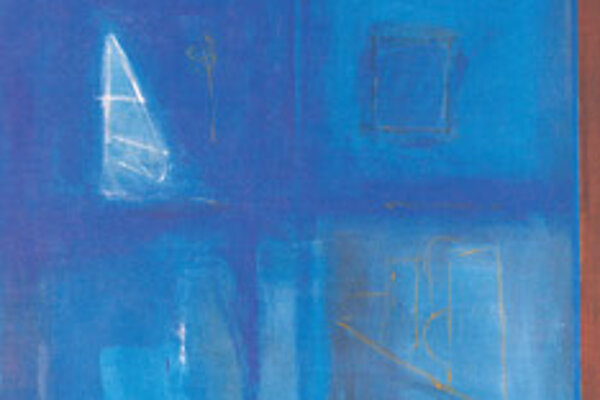 The exhibit's 43 works, which burst with colours evocative of the artist's Mediterranean origin, were created between 1950 and 2005.

José F. Yvars, the exhibit's curator, personally attended the opening. He thinks that Ráfols-Casamada is one of Catalonia's most significant and versatile contemporary artists.

"Ráfols-Casamada is a very, very respected personality in Spain and Catalonia ... because he is a unique personality, poet, diarist and artist," Yvars told The Slovak Spectator. "I think that he is a poet of colours and shapes."

Ráfols-Casamada was born in Barcelona in 1923. His early work was influenced by Cubism and Fauvism and later turned toward Abstractism, Yvars states in the exhibition's press release. His art is characterised by its use of colour and geometric structures, he adds.

It was the abstract art that made Ráfols-Casamada famous. Yvars writes that at the end of the 1950s and early 1960s, Ráfols-Casamada moved toward a certain chromatic austerity with a predominance of whites, and created his first collages. Later, he returned to a technique of using colour simplified to its essence, and added symbolism and aesthetics to balance his work. This has made Ráfols-Casamada, who is now in his eighties, a tireless and fascinating artist, Yvars writes.