The future lies in cross-border partnership

SEVENTEEN years ago, the Visegrad Group was created to assist the former Czechoslovakia, Hungary, and Poland in their effort to become part of international organisations such as the OECD, European Union, and NATO. Now, the countries are in and the Visegrad Four has evolved from a political organisation into one which fosters cross-border and cultural cooperation. 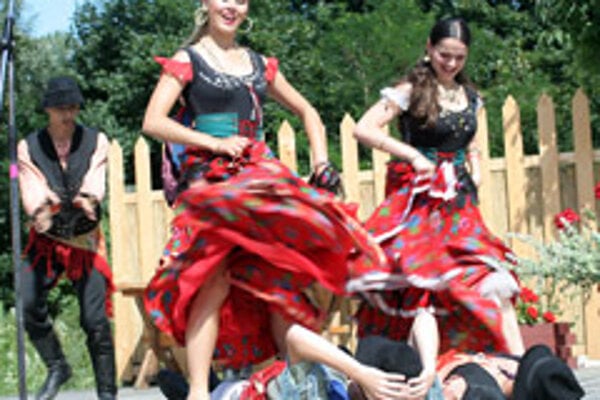 The Slovak-Hungarian Tokaj festival is one of the joint events. (Source: SITA)
Font size:A-|A+0

SEVENTEEN years ago, the Visegrad Group was created to assist the former Czechoslovakia, Hungary, and Poland in their effort to become part of international organisations such as the OECD, European Union, and NATO. Now, the countries are in and the Visegrad Four has evolved from a political organisation into one which fosters cross-border and cultural cooperation.

One of the visible results of V4 cooperation is the Visegrad Fund, which has its headquarters in Bratislava. The member countries contribute to its budget, through which the group supports joint projects bolstering mutual understanding.

"I think the concept of V4 at a political level has been outgrown," Oľga Gyarfášová, an analyst with the Institute for Public Affairs (IVO), told The Slovak Spectator. "It was important at a time when the countries were making efforts to enter European and international organisations."

Now, the future of the V4 is in cross-border and cultural cooperation, she said.

Among Visegrad Four citizens, Slovaks are most familiar with the term "Visegrad", according to a survey on awareness of the Visegrad Group among citizens of the member countries conducted by IVO back in 2003.

About 56 percent of Slovak respondents answered that they had already come across the term and knew what it was about. So did 44 percent of Hungarians, 39 percent of Polish, and 35 percent of Czechs, the survey showed.

"The data reflected the high interest of Slovak political representation in the intense relationships within the Visegrad," said Gyarfášová.

In 1998, after the government of Vladimír Mečiar, Slovakia lagged behind in the EU integration process.

"Slovak politicians often used to say that Slovakia's path to Brussels leads through Visegrad," Gyarfášová said. "This undoubtedly influenced the need for cooperation with our neighbours in the eyes of the public."

The nations of Central Europe bear the burden of their shared past in their historical memory, according to Gyarfášová.

Impressions of neighbouring countries have been formed against a historical record often interpreted to mean that each owes something to the other and each did some kind of injustice to the other, she added.

"On the other hand, a certain commonality in their historical destiny unites them," Gyarfášová told The Slovak Spectator. "The impression does not always correspond with the reality, but is often a cliché, stereotype, or prejudice."

According to the IVO survey, Czechs and Slovaks had the highest mutual trust, while the lowest was between Slovaks and Hungarians. The Poles trust Hungarians the most, and vice versa.

It seems that an absence of sore points, whether historical or current, has a favourable influence on mutual perception, said Gyarfášová.

"Top politicians will be particularly influential in determining the extent and content of cooperation within the Visegrad countries," Gyarfášová said. "However, V4 countries will always be neighbours and the closest regional allies. And not just politicians but also the common people will create relationships and live with each other."

The International Festival of Roma Song and Culture, an essay competition organised by four cultural weeklies in the region, and an international festival of homeless theatres from V4 countries are just a few of the projects supported by the Visegrad Fund.

The International Visegrad Fund was established in 2000 to encourage closer cooperation among the V4 countries through the support of common projects in the fields of culture, science and research, education, youth exchange, cross-border cooperation and promotion of tourism.

Although Slovakia is the smallest of the four countries, it is most familiar with the Fund and Visegrad as such, said Jiří Sýkora, public relations coordinator of the International Visegrad Fund.

"Perhaps this is because the Fund's headquarters is in Bratislava, which is thus a sort of capital of the Visegrad group. Slovakia also shares borders with all the other V4 countries," he added.

As a region, Central Europe - including the Visegrad countries - has always been at the crossroads between West and East and has therefore often been hotly contested, he said.

"The main aim is to develop and promote cultural cohesion of the region, mediate understanding of one another and build on the common grounds of the region within the broader European integration," Sýkora told The Slovak Spectator.

With 11 annual deadlines, the fund offers grant programmes, scholarships, and artist residencies, said Sýkora. The newest offering is the Visegrad University Studies Grant - a curriculum-building grant available to all universities worldwide who institute courses or entire programmes dealing with phenomena specifically related to Central Europe or the Visegrad countries.

The V4 can implement its priorities only through the so-called Visegrad Strategic Programmes, although other programmes offered by the Fund are independent of it. The strategic grant programmes of 2008 are aimed at creating better conditions for scientific research and continuing the European integration process by sharing V4 know-how with neighbouring regions, good governance in the public sector and V4 promotion - all modern approaches to raising awareness of Visegrad cooperation.

To date, the Fund has supported more than 1,700 projects and awarded nearly 400 scholarships and 40 artist residencies.

"Although almost any type of organisation or individual can apply for a grant, most of the recipients are NGOs and foundations in the region," said Sýkora.

The current annual budget of the International Visegrad Fund is €5 million and is created by equal contributions from the member states.

"As a rule, funds are distributed to the member countries proportionally," Sýkora said. "This of course does not involve third countries as recipients," he said, adding that, in 2007, almost 15 percent of the budget went to neighbouring countries such as Ukraine, Belarus and so on."

Although the overall awareness of Visegrad was not high in the late 1990s, it has been gradually increasing due to the growing number of projects the Visegrad grant recipients have carried out in the region, according to Sýkora.

"Presently we are experiencing sort of a "renaissance of Visegrad" reflected in a continuous rise in applicant interest, the increasing quality of projects and also in the fact that the Fund's budget has been increased several times since the fund's inception," Sýkora said, comparing the Fund's €1 million budget in 2000 to its €5 million budget today.