DURING the Ottoman invasion in 1241, people tried taking refuge in stone castles, but there weren't very many, so they hid in forests. 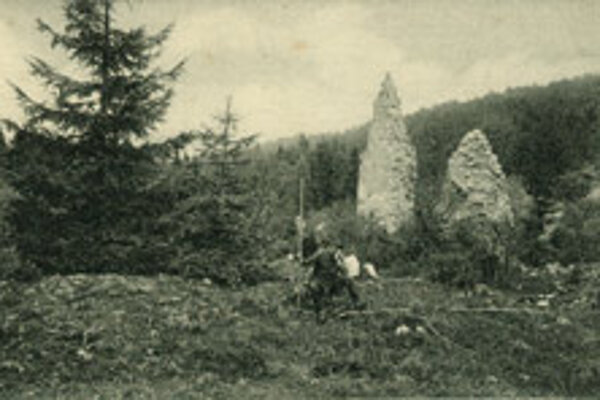 DURING the Ottoman invasion in 1241, people tried taking refuge in stone castles, but there weren't very many, so they hid in forests.

In the part of the Spiš region where the Slovak Paradise National Park now lies, people hid in Lapis Refugii (Skala Útočišťa, or the Rock of Refuge), a fortified mountain plateau.

Cartesian monks set up a monastery there in 1305. After attacks by Hussites in the 15th century, the monks left for a more secure place, Levoča. But they did not stay long there either, as the town couldn't provide the peace they needed for contemplation and prayer.

After a short time, the monks returned to the Rock of Refuge. With the help of rich donors, they restored and developed the monastery and established Červený Kláštor (Red Monastery) in the far north of the country.

At the Rock of Refuge, Squire Matúš Bašo created trouble for the Cartesians. As well as looting the monastery, he attempted to rebuild it to serve his military purposes. Therefore, Spiš county ordered it razed, and the monks moved to Červený Kláštor.

Eventually, the Rock of Refuge's ruins were partially reconstructed into a site that's worth visiting.

This postcard from the 1920s depicts the demolished monastery's walls before reconstruction.