A BILLION-crown tender for four years' worth of food vouchers for Slovakia's police corps and fire departments will have to be repeated after it was scrapped by the Interior Ministry on February 27. 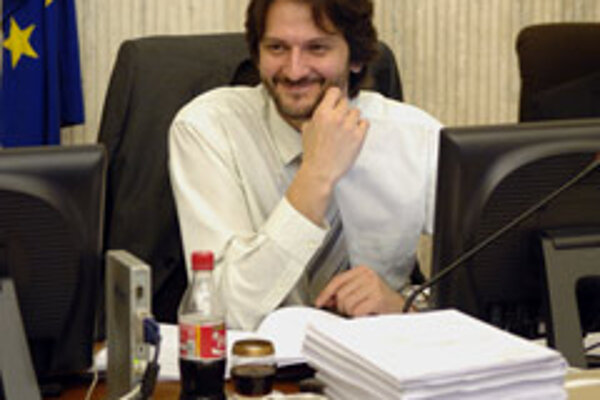 A BILLION-crown tender for four years' worth of food vouchers for Slovakia's police corps and fire departments will have to be repeated after it was scrapped by the Interior Ministry on February 27.

The controversial Sk2.5 billion tender, which had been won on February 6 by the little-known Doxx firm of Žilina, was challenged by an unsuccessful bidder, the French-owned Cheque Dejeuner. Cheque's managing director Štefan Petrík argued that the ministry had broken the law in refusing to allow bidders to be present at the opening of the envelopes, but the ministry rejected his appeal on February 22 as "speculative and disingenuous".

After the Sme daily broke the story on February 25, the ministry continued to insist it had been right to open the envelopes in secret, but several days later informed the bidders by fax that it was scrapping the tender, and that it would ask the Public Procurement Bureau for guidance before calling a new competition.

The significance of the food voucher competition transcends the tender itself. The Robert Fico government's policy of centralised procurement has resulted in far larger contracts being awarded than in the past. Given that under Slovak procurement law food and hotel services, legal advice, personnel recruitment and security can be procured under laxer rules than other goods, it is vital that such tenders strictly observe existing transparency provisions.

"Nothing was stopping them from inviting the tender participants to be present," said Emília Beblavá, the head of Transparency International Slovakia. "It's not against the law, and the important thing here is to make sure that such large contracts are awarded under the most transparent conditions possible."

In calling off the tender, the ministry's top procurement official, Marek Vladár, cited a paragraph in the Public Procurement Act that allows the procurer to scrap the competition if "the conditions under which it was called change". He did not explain what had changed in the food voucher tender.

Interior Ministry spokesman Erik Tomáš said the ministry had reached its decision under pressure from "media speculation" fed by the unsuccessful bidders.

However, several procurement experts contacted by The Slovak Spectator said that the ministry had violated the law. Under the Procurement Act, all tenders that are worth over about Sk5 million are subject to strict rules laid out in the "joint procedures" section of the bill, which includes paragraphs 22 to 49. Paragraph 41 says that "the procurer is required to allow all bidders to be present at the opening of the envelopes".

Under paragraph 25, however, tenders for services that the law defines as "non-priority", such as food vouchers or legal advice, are conducted according to the laxer rules for contracts worth Sk1-2 million. These rules say nothing about the bid-opening procedure.

The dispute between the ministry and Cheque Dejeuner was thus over whether the "joint procedures" rules also applied to "non-urgent" tenders worth over Sk5 million. The ministry said they didn't, and that the tender commission was only allowed to do what the law specifically ordered - meaning no bidders at the bid opening.

However, Cheque Dejeuner cited a decision by the ÚVO, the supreme procurement authority, in a similar tender from December 15, 2006 in which it had ruled that "the joint procedures in the Public Procurement Act must be applied without regard for the manner in which the services are procured."

"The law does not recognize a kind of tender in which the procurer can exclude the bidders from the opening of the bids," agreed Dušan Ursíni, a private-sector expert in procurement.

With legal experts seemingly in unison on how the law should be interpreted, the Interior Ministry's insistence on its own reading may have seemed perplexing.

However, since the 2006 elections, this relatively small firm has outperformed its larger rivals in public tenders, especially those called by state institutions. It has won 18 tenders worth about Sk330 million collectively, and if it had captured the Interior Ministry contract would have been leagues in front of the competition.

"That was a massive contract, a real bombshell, there's never been anything like it in our sector," said Petrík of Cheque Dejeuner.

Doxx has been particularly successful in winning contracts at institutions controlled by nominees of the Slovak National Party (see chart), whose chairman, Ján Slota, like Doxx owner Milan Šmehýl also hails from Žilina in northwestern Slovakia. Slota was in fact mayor of Žilina for over a decade before being ousted in the 2006 elections.

"I know him casually," said Šmehýl, a former professional footballer in the 1970s and 1980s for the local Žilina club. "Slovakia is a small country."

"I never even registered that such a firm even existed," said Slota.

However, as mayor Slota gave the speech of honour at the opening of Šmehýl's Dubná Skala Hotel in downtown Žilina in August 2006. The Sk74 million contract for the reconstruction of the hotel was awarded to the PeHaes firm of Žilina, co-owned by Dušan Švantner of the SNS, currently the deputy transport minister.

The unsuccessful bidders were delighted with the ministry's decision to scrap the tender. "Finally, justice and the truth have won the day," said Petrík, who nevertheless vowed to press on with his complaint to the ÚVO and Brussels to gain a precedent ruling ensuring that bidders would be invited in future. "The Procurement Act in this country is broken relatively frequently, especially when it comes to tenders for non-priority services," he said.

Libor Daněk of the Vaša stravovacia firm had also challenged the ministry tender and welcomed the outcome. He agreed, however, that tenders for non-priority services in Slovakia were far less transparent than they should be, especially in terms of the information available about them.

"The law doesn't require that such tenders be advertised in the vestník [official bulletin of tenders], only that the information 'be made publicly available'," said Daněk. "It also doesn't say whether 'publicly available' means on the main page of a website, or on the third level, with tiny print and hidden under an image. Many institutions consider it sufficient to advertise tenders on small flyers posted in the hallway beside the washroom. The result of all of this is that we frequently lose contracts because we simply didn't know a new tender had been called."

Daněk pointed the finger at Doxx as the main benefactor of such "silent tenders", but in fact it affects all companies on the market. Doxx submitted the sole bid in 8 of 18 tenders it won since August 2006, but the ratio for Vaša stravovacia was even higher, at 9 of 17. For Cheque Dejeuner the ratio was 20 of 25.

Lack of transparency in "non-urgent" tenders has long been a concern for the European Commission, which in 2006 wrote that "such services are often tendered directly to local providers without competition. Procurers who award such contracts must be aware that they are required to uphold the main principles of public procurement, including transparency".

The Interior Ministry is now leading the call for the law to be changed to prevent major contracts from being awarded without being properly advertised and supervised, and has promised to ask companies and NGOs for input.

"The ministry wants to demonstrate that it cares about transparency in public tenders," spokesman Erik Tomáš said in a statement.