KDH is on the lookout 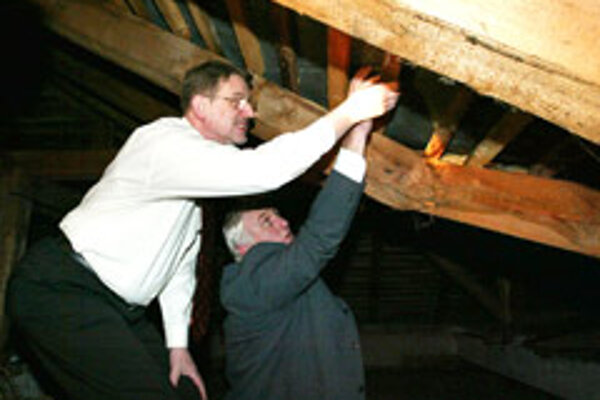 The party vice-chairman and former education minister expects some new faces to appear in the KDH soon and says that the Christian Democrats are ready to compete for their voters.

The Slovak Spectator spoke to Fronc about the recent development.

The Slovak Spectator (TSS): What is next for the KDH now that the four MPs have left? How will their departure affect the party?

Martin Fronc (MF): The KDH will probably undergo a deep reexamination process. The next general congress is planned in about a year and most probably a contest will emerge among KDH members over how to implement KDH policies the best and who will do it.

TSS: Do you assume the party leadership will change?

MF: I am sure that the next congress will change the party leadership. Everyone in the current leadership must now consider whether to create space for the new faces or leave. But the new faces should show the promise of being an asset to the party.

TSS: Do you see such new faces?

MF: Yes, I do see them: for example, the regional KDH vice-chairman in Žilina. After all, if a party after almost 20 years couldn't find apt people among its almost 16,000 members, then it really wouldn't have a right to exist.

TSS: Do you think the chairman might also be replaced?

MF: I will refrain from making definitive statements, but there will likely be changes in positions such as chairman, vice-chairmen and board members.

TSS: Will the KDH be weakened by the departure of the four members?

MF: I would be a bad member if I did not expect the party to revitalise. I surely don't think the KDH will disintegrate or lose relevance. Eventually, a new party will be our competitor, as it will try to appeal to our voters, too. We must react with this in mind within the KDH.

TSS: What impact will the departure of the four KDH MPs have on the work of the opposition?

MF: Not a negative one, I hope. The opposition parties should cooperate effectively. We should forget our petty disagreements.

For example, I see good cooperation when it comes to a joint opposition nominee for the presidency.

TSS: What do you personally think of the four influential KDH representatives leaving the party?

MF: It was not a standard move and it was a surprise for the KDH. If someone wants to leave and found a new party, the person discusses it and announces it officially within the party in advance. This is not what happened. As far as I know, the Palko group announced their departure to KDH chairman Pavol Hrušovský one hour before making it public.

It is true that we had some differing notions. The KDH declares itself a people's party, which means that it addresses society's problems, and defends the reforms launched during the previous term, when we were members of the cabinet. Those reforms proved to be useful and they brought enormous growth in the health sector and education. We should deal less with making gestures, declaring historical decisions, etc.

TSS: Vladimír Palko has accused the entire KDH of betraying its founding ideals.

MF: I am sure the KDH has not betrayed its ideals. We represent essential values, as we always have, and we defend them.

We are often unable to agree on what our priority should be and what is secondary in the dynamics of the party. For example, in the case of the Lisbon Treaty, I supported the stance that today, after the borders have come down, and when there is freedom of movement of people, goods, and we will even have a common currency, the idea of solving civilisation's issues here, in Bratislava, seems odd. We must learn to solve them in Europe.

And the crucial thing is - we are in the European Union, so we will have to learn to push our ideas through in the EU, and to search for allies in the EU. These are the points over which we differ. If this is what pragmatism is about, I do not have the slightest problem with this kind of pragmatism.

TSS: Palko said that he left the KDH due to attacks directed at him. You allegedly attacked him for opposing a KDH partnership with Smer in the ruling coalition.

MF: This is not true. Palko always comes back to the issue of cooperating with Smer. There was a standard vote on the option, the results of which have been known for a long time. The leaders did not approve the cooperation with Smer through a vote, so I see no reason to make this a reason for their departure.

TSS: Palko contends nevertheless that they were punished for their opposition to Smer. He gave the example of Pavol Minárik, who was not re-elected as chairman of the parliamentary club.

MF: None of us is guaranteed re-election to any kind of position. And I wouldn't go searching for answers on why individual club members decided the way they did. I am sure everybody had their good reason.