MANY remember the 1970s and 80s, when families saved up for a car for more than 10 years and then used their vehicle for another full decade. 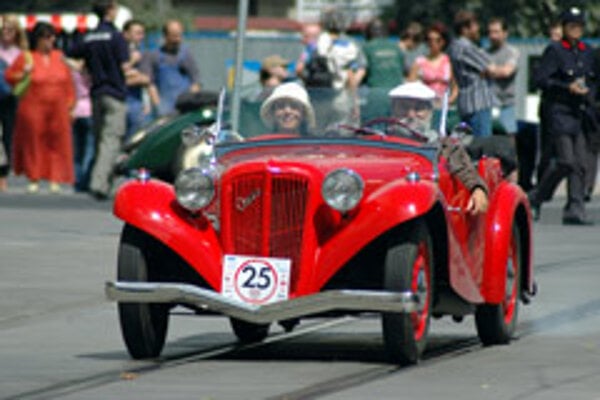 MANY remember the 1970s and 80s, when families saved up for a car for more than 10 years and then used their vehicle for another full decade.

Though the number of registered automobiles per capita is still lower in Slovakia than in Western Europe, increasing wages and improving living standards have pushed up car sales by more than 12 percent over the last five years.

Although sales of both new and used passenger automobiles are both on an upward trend, the latter are becoming more popular. In 2007, for the first time in Slovakia's history, more used cars than new were registered.

"Used automobiles are an ideal solution for those who cannot afford a new car," Mária Nováková, spokeswoman for the Slovak Automotive Industry Union (ZAP SR), told The Slovak Spectator. "Moreover, Slovakia had to bring its legislation into line with European Union regulations, making used automobiles even cheaper than before."

"Leasing, for example, is particularly advantageous for businesses, and the car tax deduction also encourages companies to buy new cars," she said.

Slovakia, which now produces more cars per capita than any other country, has recently taken its place among automotive world's leaders. And it seems that Slovak buyers do appreciate their country's success. In fact, the country of production appears to be one of the main criteria when Slovaks purchase a new car, as four of the six top-selling car brands are produced here.

The best-selling cars were the Czech Škoda brand, which captured a 21.58 percent market share in 2007. Peugeot and Citroen followed with 7.28 and 7 percent respectively. Volkswagen came in fourth with 6.97 percent, and fifth place went to Suzuki (5.66 percent). Kia occupied the sixth place, with a market share of 5.61 percent, according to a report by the ZAP SR.

Lucia Busquet, public relations manager of the Slovak branch of Škoda Auto, attributed the success of their automobiles to Slovak customers' familiarity with the brand.

"A large service network, stable quality and wide range of car models play their role as well," she told The Slovak Spectator.

Busquet said that, in Slovakia, Škoda cars are considered domestic even though they are manufactured in the Czech Republic. But they will soon be given "Slovak nationality", because part of their production is slated to move to Slovakia.

"Our second most popular model, the Škoda Octavia, will begin production at the Volkswagen plant near Bratislava in a few months," she said.

However, Peugeot does not believe that the fact that its cars are produced in Slovakia is responsible for its success here, said Ivana Orviská, public relations manager of Peugeot Slovakia.

"Our success in this country corresponds to the trend throughout Europe, where models such as the Peugeot 206 or 207 top the sales charts," she told The Slovak Spectator.

The ZAP SR does not expect the car-buying spree to cease in the near future. In the first month of 2008 alone, car sales increased by 43.76 percent compared to last year.

"Slovaks will keep buying both used and new cars in 2008," Nováková said. "After all, we have to catch up with the rest of Europe. Only one person out of four in Slovakia has got an automobile, which is less than half the number in France or Germany."

Nevertheless, Nováková expressed the hope that the number of vehicles would not grow too rapidly.

"The country is not prepared for such a boom," she said. "The road infrastructure has to be developed first."

In fact, Slovakia still does not have a cross-country highway. Although PM Robert Fico's government have been promising to finish it by 2010, the regional infrastructure is not likely to be improved in such a short period of time.