SINCE opening its labour market to Slovaks, Great Britain is one of the most popular destinations for Slovaks looking abroad for jobs and adventure. And, with the increasing number of Slovaks living in that country, there is a growing need to introduce the British to Slovak culture, make mutual contacts, and establish a foundation in their new host country. 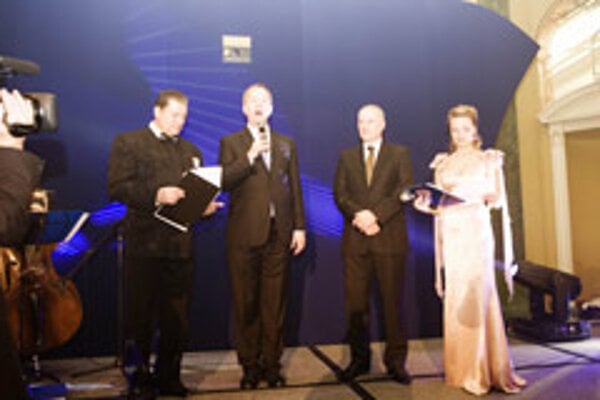 SINCE opening its labour market to Slovaks, Great Britain is one of the most popular destinations for Slovaks looking abroad for jobs and adventure. And, with the increasing number of Slovaks living in that country, there is a growing need to introduce the British to Slovak culture, make mutual contacts, and establish a foundation in their new host country.

And what better tool to meet all these goals than a ball?

And so, the Slovak Centre in London, along with the Slovak Embassy in Great Britain, organised a Slovak-British ball, which was held in London on February 22.

The ball was a follow-up to the Slovak Ball held in London in 2007, which received a great deal of praise. Slovaks living in the United Kingdom welcomed the idea of presenting Slovak culture to Britain and creating unity between the Slovak community and the British public.

"The Slovak-British ball was very successful and met all our expectations," Slovak Centre director Martin Hakel told The Slovak Spectator. "It drew many Slovaks as well as Britons, and Slovak-British couples were the most common attendees of the ball."

The ball was organised as a fundraising event for the Suscipio Foundation. It raised Sk80,000 (€2,440) for the foundation, which was officially launched at the ball.

"Its mission is to support artists who are at the beginning of their career and who find it difficult to get a foot in the door of the complex and competitive UK market," Hakel told The Slovak Spectator.

A total of 280 guests attended the ball. Slovakia was represented by Deputy Prime Minister Dušan Čaplovič, under whose auspices the event was held.

Other prominent guests included Michael John Wyn Roberts, the English Ambassador to Slovakia, and Juraj Zervan, the Slovak Ambassador to Great Britain, both attending with their wives. Vilma Prívarová, the head of the Office of Slovaks Living Abroad and her husband were also among the guests.

English specialities such as duck and plum terrine with mustard fruit, slow braised rib eye of beef with horseradish mashed potatoes, and chocolate dome cake with dark chocolate sauce were served at the sold-out event.

The Slovak Centre used the event to introduce the first issue of its bi-monthly SK Magazine, whose aim is to deepen commercial and cultural contacts between Great Britain and Slovakia.