Fewer visa hassles ahead for Slovaks and Czechs

FOREIGN travel promises to get easier for citizens of the post-communist states of Central Europe as visa requirements to enter Canada are relaxed. Canada, a long-established destination for Slovak emigrants in the past, has lifted visa requirements for Slovakia while the Czech Republic has signed a memorandum with the United States which should pave the way to it lifting its visa requirements. Officials here are hopeful that Slovakia will follow soon. 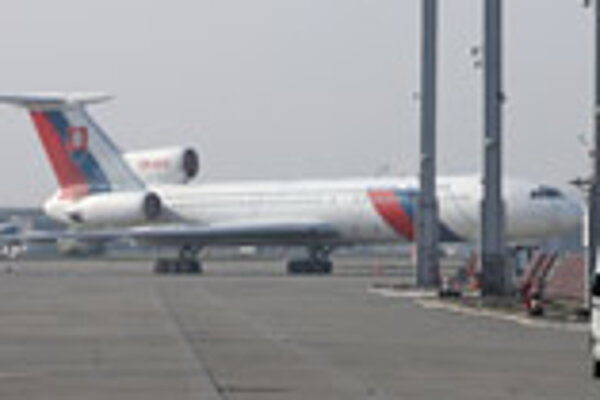 FOREIGN travel promises to get easier for citizens of the post-communist states of Central Europe as visa requirements to enter Canada are relaxed. Canada, a long-established destination for Slovak emigrants in the past, has lifted visa requirements for Slovakia while the Czech Republic has signed a memorandum with the United States which should pave the way to it lifting its visa requirements. Officials here are hopeful that Slovakia will follow soon.

However, with visa-free travel to Canada comes a warning by Slovak public officials that any abuse of Canada's social security system might result in the re-introduction of visas.

The Canadian Minister of Citizenship and Immigration, Diane Finley, said that lifting the visa requirement for Slovak travellers is the culmination of a long-term effort by Canada to tighten its ties with member states of the European Union.

"We are committed to the free and secure movement of people between the EU and Canada," Finley said.

Slovakia has managed to persuade its partners that there is no threat of an uncontrolled effort to abuse short-term tourist stays, Slovak Foreign Affairs Minister Ján Kubiš told the financial daily Hospodárske Noviny.

Meanwhile the Slovak Foreign Affairs Ministry has said that there are no discussions underway regarding changing the rules for obtaining Canadian working visas.

The ministry has, however, warned Slovaks about the potential effects of violating the terms of Canadian tourist visas by trying to work there, since any abuse of Canada's social security system might result in the re-introduction of visas.

This step in no way means that Canada has opened up its labour market, said the ministry.

"We appeal to Slovak citizens to keep to the length and purpose of their stay in Canada and, through their good behaviour, help to avoid the possible re-imposition of the visa regime for Slovaks," reads the ministry's press release.

Along with Slovakia, Canada has cancelled travel visas for Poles, Lithuanians and Hungarians. They were abolished for Czechs and Latvians last year. Among European Union members, only citizens of Bulgaria and Romania still need tourist visas.

Ján Škoda, spokesman for the Ministry of Foreign Affairs, said that the ministry welcomed the decision as "a gesture of good will by the Canadian Government".

According to the ministry, the issue has been discussed intensively for several years at both a technical and a political level.

The ministry said it sees the Canadian Government's decision as a demonstration of its confidence in the positive economic and political developments in Slovakia, wrote Škoda in a press release.

Minister Kubiš said that the cancellation of tourist visas to Canada might also help Slovakia's effort to achieve visa-free travel with the United States.

"It will certainly not escape the attention of our American colleagues," Kubiš told the news television TA3. "I assume that it will contribute to our negotiations with the United States."

Kubiš expects that US visas might be waived as early as this year.

However, the press department of the American Embassy in Bratislava said that the US visa waiver program is a bilateral programme between the US and individual countries and is not affected by the programmes of other countries.

"If a country fulfills the security conditions and if the visa refusal rate drops below 10 percent, then that country, including Slovakia, can move toward inclusion in the Visa Waiver Program," the press department told The Slovak Spectator.

According to the press department, the progress that Slovakia has made towards fulfilling the requirements of the Visa Waiver Program is encouraging.

"The U.S. is hopeful that Slovakia will be able to meet the criteria and seek admission to the program in the near future," said the embassy.

However, the embassy declined to give a specific date for a decision on visas.

The Czech Republic on February 26 signed a memorandum of understanding with the United States on working towards visa free travel for Czechs. Some European Union officials were quick to point out that the move will further complicate the road to a common EU stand on US visas. However, the memorandum gave cheer to Slovaks who hope that it might speed up the process of Slovakia's inclusion in the US Visa Waiver Program as well.

The US embassy said that, in the meantime, the process involving Slovakia continues to move forward.

"A delegation from the department of Homeland Security should visit Slovakia in approximately one month to discuss a memorandum of understanding like that signed by the Czech Republic last week," the press department told The Slovak Spectator.

Still, the Slovaks can definitely learn from the Czech experience in two respects: from the way the Czechs negotiated the memorandum, and also from the attitude of the European Commission towards the situation, said former Slovak ambassador to the United States Martin Bútora.

"The European Union so far has not voted on a unified approach," Bútora told The Slovak Spectator. "It could, for example, have decided to introduce visas for US citizens visiting Europe.

But this has not happened. Instead there have been repeated negotiations."

Bútora said he assumes that the Czech Republic will be the first to see visas go, while Estonia and Slovakia might come in the second round.