SLOVAKIA is about to act out its own version of the 1970s legal drama over the Pentagon Papers, which ultimately strengthened the freedom of the press in the United States. 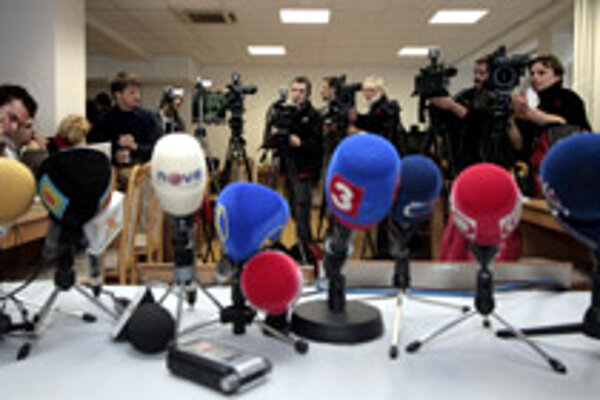 SLOVAKIA is about to act out its own version of the 1970s legal drama over the Pentagon Papers, which ultimately strengthened the freedom of the press in the United States.

Two journalists from the Žurnál weekly are the first in Slovak history to face criminal and civil penalties for publishing classified information.

Bratislava Police officially charged Patrícia Ďurišková, a reporter with the weekly, and her editor-in-chief, Nora Slišková, on February 8 with publishing an article that included part of a classified document from the intelligence division of the Defence Ministry.

The Žurnál article, which was originally published at the end of last March, was a critical analysis of military counter-intelligence titled A Draft in Secret Safes. The classified information came from a report titled The Evaluation, which the Defence Ministry had written in September 2004.

Ďurišková received the classified information from an anonymous source within the ministry.

The Bratislava Military Prosecutor's Office is seeking a year in prison for the journalists, who it says intentionally revealed state secrets.

Adding to its case is the fact that Ďurišková and Slišková were fined for the article last autumn by the National Security Office (NBÚ), which also ruled the leak was intentional. It imposed its highest possible penalty on the journalists - Sk15,000 each and an order to pay Sk500 in state expenses.

But Radoslav Procházka, an expert on constitutional rights who's representing the journalists, told The Slovak Spectator that he is filing a complaint against the charges brought by the Bratislava Military Prosecutor's Office.

"There are myriad procedural and substantive obstacles to this prosecution," Procházka stated. "Any sanction would be an infringement on the freedom of the press, which is protected by our constitution and the Strasbourg Treaty."

Procházka continued that the Strasbourg Court for Human Rights has ruled several times that journalists are protected when publishing secret information.

He said both journalists have also filed an administrative appeal challenging the NBÚ fine.

Moreover, "the NBÚ ruling made it impossible to bring criminal charges in the same case because the Strasbourg Court for Human Rights prohibits double jeopardy," Procházka told the Spectator.

Michal Arpáš, head of the TV Tip publishing house, which includes the Žurnál weekly among its titles, stressed to The Slovak Spectator that it fully supports the journalists. He called their prosecution "absurd" as early as February 29 in comments to the SITA newswire:

"The real culprit is whoever leaked the information, not the journalists who used it," he said.

Miloš Nemeček, chairman of the Association of Periodical Press Publishers, told the Spectator that Slovakia obviously still lacks an appreciation for the role the media plays in the public interest.

Otherwise, the charges against Ďurišková and Slišková would never have been brought, he said.

"I see this as another sign that the fundamental role of media is completely misunderstood in Slovakia," he said.

According to Nemeček, the NBÚ and the Bratislava Military Prosecutor's Office should understand that Ďurišková and Slišková published the article to alert the public to the issue of leaks. He also said that both offices need to solve the true root of the problem:

"In many cases, including this one, a journalist who serves the public interest by revealing things that needed to be disclosed is punished rather than praised," Nemeček told The Slovak Spectator.

Nemeček further suggested that the government's antagonism of the media could have indirectly influenced the rulings against the journalists.

As an example, Nemeček quoted statements that he called "sharp, sometimes even hysterical, and aggressive attacks on media from different government and public figures."

"The prevailing atmosphere here can in no way be thought of as favourable toward the media," Nemeček concluded.