A FEW dozen inhabitants of Nováky gathered in a park on March 2 to mark the first anniversary of the explosion at the town's Military Maintenance Plant that killed eight people and injured dozens. 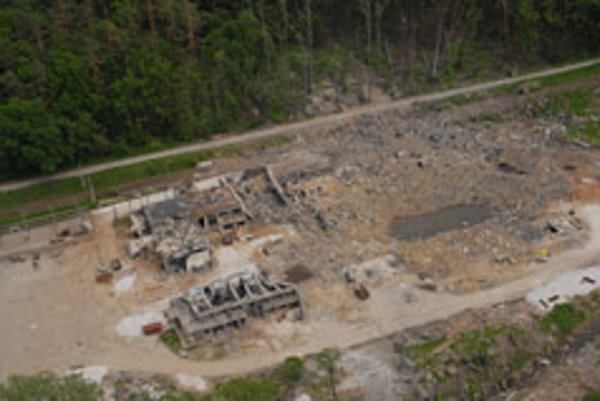 A FEW dozen inhabitants of Nováky gathered in a park on March 2 to mark the first anniversary of the explosion at the town's Military Maintenance Plant that killed eight people and injured dozens.

But as painful as the plaques honouring the victims or the tears shed by the bereaved is the sad reality that the town is no better prepared now than it was last year for an emergency on that scale.

And making matters worse is the town's perception that the Fico government has lost interest in its tragedy.

On March 2, 2007, a large amount of ammunition stored at the Nováky Military Maintenance Plant (Vojenský opravárenský podnik, or VOP) exploded.

An investigation found that the amount of ammunition had far exceeded safe levels, and that several other safety rules had been violated.

Furthermore, an analysis performed by three ministries concluded the VOP had lacked an emergency plan, which all businesses are legally required to have.

Two days after the blast, Prime Minister Robert Fico visited Nováky and uttered these reassuring words to the Czech Television: "I want to show people that the state cares."

But for Jozef Kováč, who lost his wife in the explosion, sympathetic sound bites have done little to soothe his grief and anger.

"I feel the grief even more intensely when I realise that this tragedy could have been avoided had it not been for some reckless managers," Kováč told the Hospodárske Noviny daily.

Five people have been brought up on charges connected with the explosion. Four of them - Jozef Berák, Eduard Baluch, Ján Lasab and Ján Lauro - were managers at the company. The fifth was a security technician.

The victim's families are convinced that all five of the accused ignored employees' warnings that serious safety violations were taking place at the company.

"We believe that the investigation will be unbiased and the accused will be punished," Alžbeta Vačková, who lost her daughter in the explosion, told the Sme daily. "So far, they have been enjoying life at large."

While Defence Minister Jaroslav Baška and former defence minister František Kašický represented the government at the commemoration in Nováky on March 2, Prime Minister Fico was entertaining guests at a celebration of International Women's Day, in Prešov and Vranov nad Topľou.

The prime minister was accompanied by Speaker of Parliament Pavol Paška, and Interior Minister Robert Kaliňák, top Smer party officials whose presence at the ceremony in Nováky would've had strong symbolic value.

"The prime minister was in Nováky by the time his attendance was required," Silvia Glendová, the PM's spokesperson, told the private Markíza TV station.

While in Prešov, Fico appeared on the stage of a crowded theatre, dressed in a white apron that bore the Smer logo, and prepared a popular snack - bread topped with onion and lard - as well as a cake. He briefly wished women a happy International Women's Day, which he said the country should continue to celebrate despite its association with the country's socialist past.

"We see no reason to pretend it doesn't exist," Fico said.

Since the tragedy at the Military Maintenance Plant, Šimka has fought a losing battle for government funds that would make the town safer by building a hig-speed link to Prievidza, the closest town.

Šimka is also concerned about the state of the environment in his town due to the power plants, coal mines and chemical plants located there.

"This is why Nováky and its region deserve special attention from the government," Šimka told The Slovak Spectator.

He pointed out that Nováky has experienced a few close calls in recent years. On September 28, 2005, an accident at the Nováky Chemical Plants injured a handful of people.

And several months before the major explosion, a cave-in at the Nováky Mine killed four miners.

Šimka also expressed confusion over why more finances have not been directed at improving Nováky's environment. After all, the plants in Nováky pay millions of crowns annually to the Public Environment Fund, he said.

"But the amount we get back is inadequate," he said. "Nováky has not got a single crown in recent years."

But according to a statement by Smer party spokesperson Katarína Kližanová Rýsová, Šimka is "slandering the Slovak government" and "abusing the tragedy for political gain".

Šimka must be aware of what the Slovak government has done for the region, the statement continues.

"This government is fundamentally committed to preserving the coal mining in this region and support for mining as a whole, which is an about-face from the stance of the previous government," it asserts.

The Military Maintenance Plant has since reopened and employs 265 people.

According to its CEO, Peter Trgiňa, only civilian production has restarted. The special ammunition production is still suspended.

Asked whether employees are still concerned about safety at the plant, Trgiňa answered that those unable to cope with last year's tragedy had already left the company.

"Of course, I cannot speak for everyone, as there are surely people who are still afraid," he said. It's difficult for me to comment."