THE SLOVAK internet market may have just witnessed the birth of a new leader with the recent merger of two top-ten internet portals. 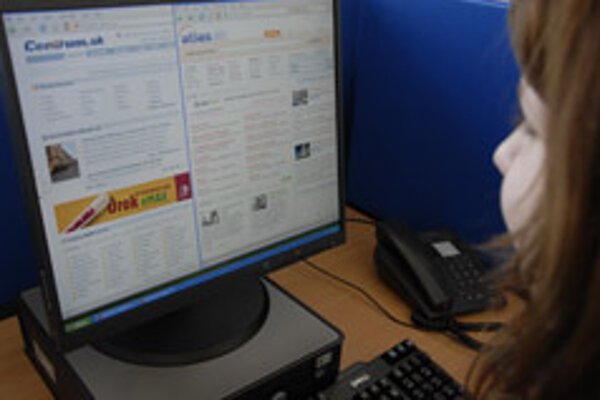 THE SLOVAK internet market may have just witnessed the birth of a new leader with the recent merger of two top-ten internet portals.

The hook-up, announced on February 26, of Netcentrum - which operates the Centrum portal, with over 600,000 monthly users - with Atlas - whose Atlas portal serves over 1 million users monthly - presents serious competition for Zoznam.sk, which is the current market leader. Zoznam.sk is part of the Slovak Telecom group and has approximately 1.5 million users per month.

Atlas operates portals with the same name in Slovakia and the Czech Republic, while Netcentrum also operates its Centrum portal in both countries, as well as publishing the online daily news sites Aktualne.sk and Aktualne.cz.

According to a joint press statement by the two companies, the new group, now owned by the Dutch company Centrum.cz Holding, controlled by Warburg Pincus, will grow into the Slovak market-leader, and become the second strongest internet portal in the Czech Republic. The press release also claims that the group will dominate the market for women's lifestyle websites in both countries.

Pavel Mucha, who before the merger served as director of Netcentrum, was appointed the chairman of the board of directors of the new company.

The merger is intended to boost the growth of both firms, Mucha told The Slovak Spectator.

"Now a single click will get users closer to the services offered by the other portal, which in the past they might not even have visited; now it's much simpler for users to discover them," Mucha said.

The merger will result in a single company with several, differently-oriented brands, including the existing ones which act like publishing houses, putting out many different publications, Mucha said.

The first stage of the merger should be wrapped up within a couple of weeks, producing a single company with a new name.

After that, other long-term integration projects will follow, Mucha said.

Centrum.sk was launched in Slovakia in 2000 and has about 600,000 visitors each month. The portal offers full-text search, catalogues of firms and webpages, free e-mail and the webpages Aktualne.sk, Zena.sk, and Automix.sk. Its latest services include an MP3 recordings search and the RealityMix.sk project.

Atlas has been operating in the Slovak market for seven years, and has approximately 1 million monthly users. The portal offers maps of Slovakia and Europe, the student server referaty.sk, along with full-text search, and free e-mail, news reports, lifestyle magazines for men (Magazine.sk) and women (Wanda.sk), and show business news at Prominenti.sk.

However, Mucha expects some interesting developments in the market, especially when it comes to internet advertising.

"Internet advertising is no longer a Cinderella service," Mucha said. "It is one of the fastest growing markets."

In fact, one industry observer is predicting that internet advertising will soon match radio advertising volumes in Slovakia.

"I think 2008 will be a breakthrough year in the history of the internet in Slovakia," says Miroslav Csaplár, chairman of the board of the Association of Internet Media (AIM), which represents major internet portals and websites, including the newly-merged group.

Many commissioning clients are today aware of the fact that the internet comprises elements of all media types, and that its popularity in our lives keeps rising, Csaplár added.

In 2007, internet advertising revenue among AIM members amounted to Sk491 million: banner advertising contributed Sk242.1 million; other forms of advertising Sk248.9 million. Among these other forms, the most successful were classified ads, amounting to Sk121.4 million, and catalogue advertising, with a value of Sk94.6 million, according to a press release by the association.

"If we take into account the fact that the published numbers are based on information from only eighteen of our members, the total share of advertising going to the internet will be even bigger," Csaplár said.

Spending on advertising on the internet rose in 2007 by 60 percent year-on-ear among members of the AIM, according to its press release, though Csaplár noted that the reported increase was partly the result of four new members joining last year.

He also pointed to the launch of a new internet monitoring system, AIMmonitor, last year, which he says is a crucial tool in creating advertising campaigns with media agencies and measuring year-on-year increases in internet users in Slovakia.