STATE universities lack computer programmes that can detect plagiarism by matching students' scripts with other graduate or doctoral theses. 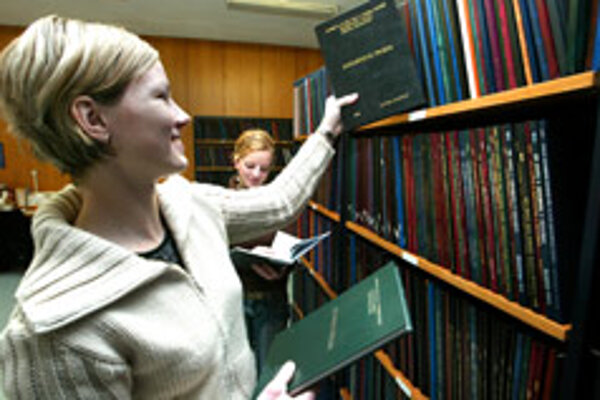 STATE universities lack computer programmes that can detect plagiarism by matching students' scripts with other graduate or doctoral theses.

The issue of plagiarism was even raised at the Slovak Rectors' Conference in Trenčianske Teplice, though its incidence was downplayed.

"We have asked the Education Ministry for assistance," said Vladimír Báleš, the conference president. "But so far, only individual cases have been reported, so there's no need to turn it into a scandal."

Báleš added that only two cases of plagiarism have been discovered at the Slovak University of Technology, where he is rector. Both students were expelled. But he admits that for now plagiarism can only be detected and investigated when it's spotted by a thesis advisor, an opponent, or members of the committee evaluating the thesis.

However, Trenčín City University has been using an electronic system to check for plagiarism since 2001, the Pravda daily wrote. To get credit for their thesis, each student must submit it to the school's archives in electronic form.

"The system then compares the work with others," said Peter Kročitý, chairman of the school's Commission for Academic Morality. "Its database comprises about five billion webpages, plus works by students from around the world. The system specifies the webpage and where the copied information or passage can be found. Anything suspicious is handed over to an investigatory committee."

Students caught plagiarising once have to repeat the subject. Second-time offenders are suspended for a year. A third offence is grounds for expulsion.

In the years since the system was instituted, 50 of Trenčín City University's 2,200 students have been investigated for plagiarism and three have been expelled.

So far, no deadline has been set for schools to switch to electronic media when storing and analysing theses.