A film festival of Italian charm

SLOVAKS are appreciating more aspects of Italian culture than just spaghetti and Ferraris. 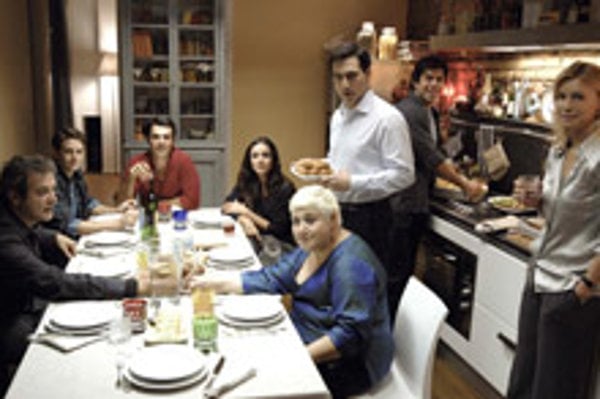 Ferzan Ozpetek's Saturno contro is the festival's only film that will be released in cinemas across Slovakia. (Source: SPI International)
Font size:A-|A+

SLOVAKS are appreciating more aspects of Italian culture than just spaghetti and Ferraris.

Attendance at Italian movies is on the rise and the obligatory Fellini or De Sica film just won't do any more.

So the Italian Cultural Institute (IIC) in Bratislava is rewarding fans of Italian cinema with screenings of some of the best Italian contemporary movies at film clubs in Banská Bystrica, Trnava, Košice and Nitra from February 25 to April 7.

"This is not the first time we've organised an event like this," Adriana Šulíková from the IIC told The Slovak Spectator. "However, it is the first time that the movies are being shown outside Bratislava."

A variety of films was chosen in order to have the widest appeal.

"The films differ in genres, but they all have something in common," Šulíková said. "They are very up-to-date and every one of them got excellent buzz in Italy."

The IIC is using the screening to present contemporary films that, except for one of them, will likely never make it into Slovak cinemas.

"Ferzan Ozpetek's Saturn in Opposition (Saturno contro) was recently bought by SPI International," Šulíková told The Slovak Spectator. "However, we don't think this will happen with the others because distribution rights are rather expensive. Therefore, film fans should take advantage of this unique opportunity and try to see as many movies as possible."

When asked whether young filmgoers attend and are able to appreciate the IIC's screenings, Šulíková was definite.

"Young people come to our showings quite regularly," she said. "Given the success of the first screenings in Banská Bystrica that trend is obviously continuing."

"The young have discovered the value of art-house cinema," he said. "They're getting fed up with mainstream commercial films and are refusing to swallow any more of them."

In Gojdič's view, the attendance of the IIC festival is notable.

"In Košice, the number of viewers has been far above average," he stated. "In short, these Italian movies hold some indefinable charm that appeals to every heart."

All the films will be shown in Italian with Slovak subtitles.