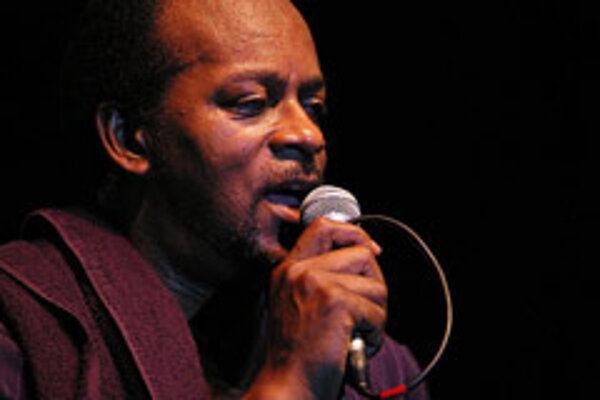 LIVE MUSIC: BRATISLAVA will hold the 16th year of Livin' Blues, an international festival of rhythm and blues, on March 15 starting at 16:30. The festival features foreign and local musicians performing on two stages. American singer Ron Ringwood, who's from Georgia but has been living in Europe since 1988, is the highlight. Ringwood, who recorded a solo album of well-known gospel, blues and soul songs in 2001, will perform with musicians from Hungary and Slovakia. Mother Follow Chairs is coming from Přerov, Czech Republic. Bayou Alligators from Germany will perform zydeco and rootmusic. Slovakia will be represented by homegrown blues musicians Bluesweiser Juraja Turteva, Tóno Hornák and the Social Blues Club, the Milan Konfráter Blues Band and the popular Blues 8 band with its Blues Brothers Show. The festival takes place in the House of Culture Lúky at Vígľašská 1. Tickets cost Sk250 in advance and Sk300 at the door. For more information, go to www.kzp.sk.

EXHIBITION: City Home - This display presents new housing architecture from the Helsinki region, as well as adaptations of existing buildings such as empty lofts, production halls and warehouses.

EXHIBITION: THE STANICA culture centre in Žilina presents The Legacy project by Italian visual artist Cristian Berti, which focuses on the life of Milan Rastislav Štefánik, one of Slovak history's most significant figures. Berti looks at Štefánik symbolically through his intimate relationship with Italian woman Giuliana Benzoni. Štefánik is presented as a man, not a soldier. In the project, Berti combines his own works (installations and videos) with wooden objects carved by folk artist Jozef Liška from the Rajecká valley. At the beginning of the project, Berti was inspired by two events - a meeting with carvers from the valley and a meeting with Benzoni's grandson, with whom he made a video of reflections on Czechoslovakia during the First World War. The exhibition in the Stanica open cultural space, Stanica Záriečie, is open daily from 12:00-20:00 until March 30. For more information, go to www.stanica.sk.

EXHIBITION: Permaculture - Slovak visual artist Elena Lichá-Zábranská exhibits paintings, graphic works, photos and videos in which she searches for timeless values and raises questions about permaculture design, which emphasises a sustainable way of living on the planet.

LIVE MUSIC: Lavagance - Slovak progressive band Lavagance, with guests Frank Winter from the UK and The Swan Bride from Slovakia, performs during its spring tour to promote its latest album, Orthodox Experience.