Making it into the big leagues

THE WORLD Bank has signaled that Slovakia could soon graduate from its class of borrowers to the ranks of developed countries that provide developmental aid. The upgrade is seen as a badge of honour in recognition of the country's economic development. 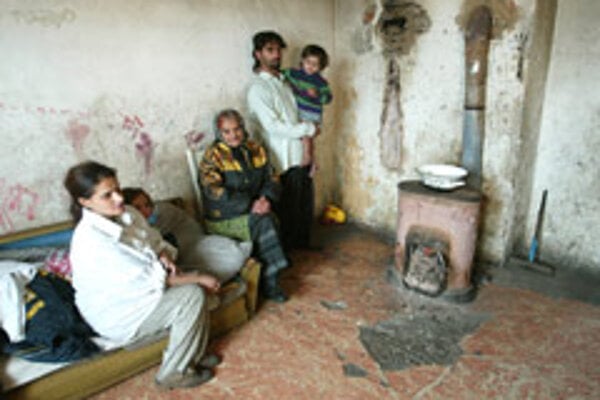 THE WORLD Bank has signaled that Slovakia could soon graduate from its class of borrowers to the ranks of developed countries that provide developmental aid. The upgrade is seen as a badge of honour in recognition of the country's economic development.

The robust macro-economic growth in recent years and preparation for euro adoption in 2009 opened the door for Slovakia's status to be re-evaluated, reads a Finance Ministry document. An upgrade would transform it from a country that accepts World Bank loans into a partner of developing economies, it continues.

However, certain areas still need improvement and the country cannot afford to cool the engines of reform, the ministry concluded.

The World Bank upgrades countries that reach a certain gross national income per capita, which for 2006 stood at $6,275, and are able to sustain long-term development without support from the bank, the ministry's document reads.

The World Bank also reviews the country's access to capital markets and the volatility of its capital flow.

The Finance Ministry said that Slovakia qualifies for an upgrade on both levels: gross national income per capita in 2006 stood at $7,950, based on the World Bank methodology, and access to capital markets was good.

"Due to recent reforms, the country has received an influx of foreign investment and its access to loans has improved," the ministry said.

According to the ministry, the level of interest rates and the demand of investors on capital markets makes it more advantageous for Slovakia to borrow money on the international capital market than from the World Bank.

The World Bank also examines the poverty rate and any incomplete institutional reforms.

In Slovakia, the bank has focused on improving living standards for socially vulnerable groups, including the Roma. The World Bank has also provided financial grants to non-governmental organisations in this area.

"There's still the option of continuing this support even after the upgrade," the ministry stated.

The path toward an upgrade will consist of a round of negotiations with the World Bank. The country must officially notify the bank that it intends to graduate and confirm its obligation not to draw further loans, the ministry wrote.

Upon notification, a monitored transition period of three fiscal years begins, during which the country is still eligible for technical help and consulting.

"Today we are meeting all the criteria for membership in the World Bank as a country that helps others rather than needs help," František Palko, State Secretary of the Finance Ministry, wrote in a commentary posted on the ministry's website on March 12.

According to Palko, the upgrade, as well as Slovakia's recent positive ratings outlook, will add to the country's good reputation on international financial markets.

More generosity in providing aid will be required

Experts from the non-governmental sector who are involved in providing aid to developing countries say that Slovakia's track record has improved, but leaves a lot to be desired.

"This is an honour but also an immense commitment," said Andrej Bán of the People in Peril non-governmental organisation.

Far too often, society's elite don't realise that along with becoming a prosperous nation comes the responsibility to aid developing countries, Bán told The Slovak Spectator.

"Slovakia's graduation will send the message that the country, which has made economic reforms that are admired abroad, should now start aiding others," Bán added.

According to Bán, Slovakia has fallen behind international standards in its percentage of GDP dedicated to foreign aid. He also said the structure and content of the projects Slovakia is going to finance need more scrutiny.

"Even the structure of projects and programmes need to promote Slovakia's interests abroad," Bán said.

And one the most difficult challenges ahead will be changing Slovaks' perception of their country.

"There is much work to be done concerning public perception," Bán said. "The recent shift in perspective has been positive, but insufficient to convince people that Slovakia no longer needs help."