BEFORE Slovakia joined the European Union, if a Slovak was employed in Austria and registered with an Austrian health insurance company, Slovak law allowed his or her children to remain registered with a Slovak health insurer. In effect, this meant that the Slovak state health system paid the healthcare costs of the children of Slovaks working abroad. 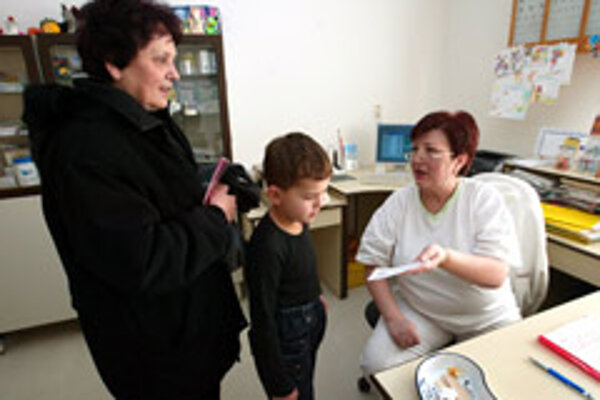 BEFORE Slovakia joined the European Union, if a Slovak was employed in Austria and registered with an Austrian health insurance company, Slovak law allowed his or her children to remain registered with a Slovak health insurer. In effect, this meant that the Slovak state health system paid the healthcare costs of the children of Slovaks working abroad.

However, EU regulations require that principal wage-earners working in other EU states must register their children with a health insurer in the country of their employment. Under this rule the healthcare costs of family dependants are covered by the principal wage-earner's insurance.

Slovakia began applying this regulation upon entering the EU in 2004. However, in 2005 the country changed its national health insurance legislation to require registration of family dependents based on their permanent residence, i.e. (normally) Slovakia, rather than the country of employment of their parent(s). With this move, family dependants again became part of Slovakia's public health insurance system and the state covered their health care costs.

After the European Commission ruled last year that Slovakia's system did not entirely conform to EU regulations, Slovak health insurers started checking the status of their clients and re-registering them in order to comply with the EC ruling.

The ruling means that Slovak health insurers are, as of January 1, 2008, obliged to keep a record of all family dependants whose parents work abroad or receive a pension from a different EU country.

Clients who had been registered as family dependants of employees working in other EU countries will still be eligible for the same healthcare services as before, but any expenses will be covered by foreign health insurers, according to private health insurer Dôvera.

Andrea Gáliková of the Office of Health Care Supervision's foreign relations department said that European legislation is based on the so-called 'family model' of insurance where the insurance of the family wage-earner also covers his or her dependants.

"However, Slovakia has historically had a system of individual insurance, so the application of a family-based model has led to complications in the parallel application of national and EU law," Gálikova told The Slovak Spectator.

In the European Union this system of cross-border insurance is common, since the type of health insurance available in most member countries basically doesn't allow for any other way of insuring family dependants, said Eva Palková of the health insurer Všeobecná Zdravotná Poisťovňa (VšZP).

According to Gáliková, health insurers contacted employees and pensioners during the autumn of 2007 to check their status and eligibility for registration.

Given the high volume of cross-border employment, clients need to cooperate with their insurers by informing them about their circumstances, she said. Moreover, they are legally required to report any changes which could affect their eligibility for insurance cover.

The Všeobecná Zdravotná Poisťovňa put out approximately 19,000 calls, as a result of which clients registered about 2,000 family dependants for foreign cover, said Palková. The insurer has also registered 2,350 pensioners whose pension is paid by another EU state.

Private health insurer Dôvera has contacted 3,200 clients from Austria, Hungary and the Czech Republic in order to check the coverage of their family dependants. So far, the company has registered 267 dependants, spokesperson Andrea Devánová told The Slovak Spectator.

Employees who fail to correctly register with health insurers risk a fine of Sk10,000, Gáliková added.