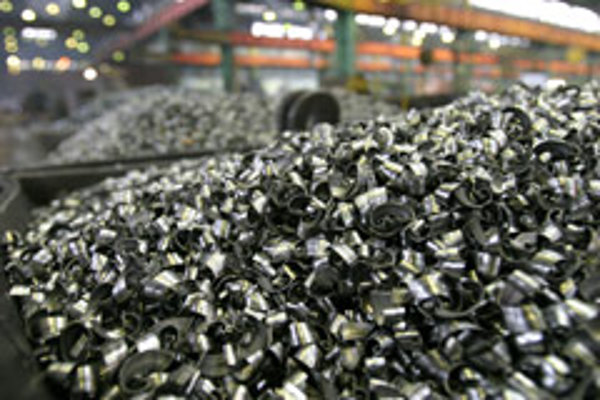 Metalurg Steel, a limited liability company on the premises of the former Zavod Ťažkeho Strojarstvo (ZŤS, Heavy Machinery Works) in Dubnica nad Váhom, is in the middle of a billion-crown investment program that will bring the factory up to full output in the next four years.

Co-owner Juraj Mác estimates that about Sk300 million will be spent this year and last, mainly on upgrading technology and furnaces that date back to 1955. “When we bought it from the state in 2000, the company had a huge investment deficit from the past,” he said. “It was in very poor condition, because during the 1980s and 1990s, virtually nothing was spent on it.”

In 2006, the most recent year for which figures are available, Metalurg recorded a profit of almost Sk40 million on sales of Sk508 million, compared on Sk21 million profit on Sk205 million turnover the year before. The company employs about 300 people.

Mác estimates that Metalurg is currently running at only 30% of maximum output. “What we need now to reach full production is to buy a vacuum furnace which produces steel of higher quality by removing the oxygen that is present,” he said. “Oxygen is undesirable because it causes small cracks in the steel. It’s something that our competition has and that we lack.”

Between its founding in 1950 until Havel’s down-tools order four decades later, ZŤS produced components for tanks and artillery systems. Along with major arms factories in Martin and Detva, the Dubnica works turned out a record 19.3 billion Czechoslovak crowns worth of weapons at peak production in 1988. Five years later, output was one-tenth of that figure, and employment in the sector had fallen from 80,000 to 20,000.

During the 1990s, various efforts were made to revive arms production and recapture lost markets, especially by the 1994-1998 Vladimír Mečiar government, which set up a state arms retailer, Armex, and a production conglomerate called DMD Holding. However, neither prospered, and at the end of the decade, some of the more lucrative properties were privatized. One of them was a steel smelter named ZŤS Metalurgia, which was bought in 2001 for Sk90 million by investors from Bratislava and Dubnica.

The first problem to be tackled, Mác said, was the virtual absence of IT at the company, and over-employment in the administrative department. “At the beginning, we had no computer technology, and when a company doesn’t have an information system, it lacks a backbone,” he said. “They had about 5 computers, whereas today we have 150. They did everything by paper, and they employed a huge number of people to keep track of it all. The problem is that to change this situation, you have to have a solution prepared that fits that specific factory and production program. Designing and installing this took us three years. Now we have optical fiber cable laid throughout the factory, which for example gives us constant information on how much energy we are using on each production line, or allows us to idle one line to save energy. We also have a camera system installed.”

The second major hurdle was replacing furnaces and metal presses that were up to 50 years old. “We’re trying to gradually replace all of this technology, but it’s a very complicated process, because we can’t afford to halt production and send everybody home,” Mác said. “We have to do it while production is ongoing, meaning that people have to work beside demolition operations and so on.”

Finally, there was employment. The company laid off half of its workforce, or 300 workers, in early 2004, leading to strikes and protests. Four years later, with the economy growing at 10%, reliable employees are so hard to come by that Mác has introduced a “social program” to encourage loyalty. The firm has built a new employee canteen, and this year introduced a 25% bonus to be paid to employees who meet production targets.

“We were spending about Sk17 million a month on energy, so we discarded our old furnaces and installed new ones that are much more efficient,” Mác said. “But ironically, production actually fell after we introduced the new technology. I don’t know whether this is because there is a lack of motivation on the shop floor, or whether it is because more training is needed. It’s the classic question of whether they are unable or unwilling to perform. But we have introduced a carrot and stick approach that will reward those who perform well, who follow guidelines on how much energy their machines are allowed to use, and who keep their work areas tidy.”

In 2005, Metalurg was changed from a joint stock company into a limited liability firm in order to streamline decision-making. Mác’s partner in Metalurg Steel, Ltd. is Milan Duhár, who looks after production and investments, while Mác handles sales and the economic side of the business. “We have no board of directors or supervisory board, which means that we can take decisions and act very quickly,” he said. “US Steel uses the same form.”

Only a fraction of Metalurg’s production is destined for the Slovak market; it supplies train wagon parts to Tatravagonka of Poprad, for example, and shafts for windmills to another firm that in turn supplies wind-power plants in Spain. About 35% goes as semi-manufactured goods to Slovak partners who finish them off and sell them abroad, while 65% goes directly to foreign clients in Italy, France, Holland, Germany and the Czech Republic.