SLOVAKIA is proposing that UNESCO recognises its precious wooden churches by including the most significant of them on its World Heritage List. Nine churches, in the east of the country, are being put forward and include the oldest wooden church in Slovakia, in Hervartov. 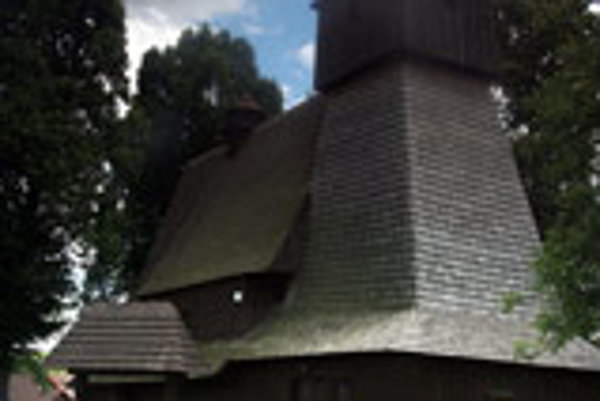 The Gothic wooden church in Hervartov is aiming for a UNESCO listing. (Source: SITA)
Font size:A-|A+

SLOVAKIA is proposing that UNESCO recognises its precious wooden churches by including the most significant of them on its World Heritage List. Nine churches, in the east of the country, are being put forward and include the oldest wooden church in Slovakia, in Hervartov.

UNESCO's World Heritage Committee will decide during the summer whether to list them.

The wooden churches, 27 of which are dotted around eastern Slovakia, were declared national cultural monuments in 1968. One of them, the church of St Francis of Asissi in Hervartov, close to Bardejov, is the only Roman-Catholic Gothic church among those proposed for the UNESCO list.

It was built in around 1500 and is one of the oldest and most treasured religious buildings in Slovakia. Masses are held at the church to this day and it is a favourite venue for weddings.

The church - whose Slovak village home has a German heritage - differs significantly from the Orthodox style of Greek-Catholic wooden churches, the website www.museum.sk writes. Intended for Roman Catholic worship, it was constructed solely in the Gothic style.

Built using red spruce at the end of the 15th century, it is oldest example of this type of church in Slovakia.

The interior decoration has undergone several changes, in particular during the reformation, when rare period features were attached, for example several wall paintings dating from 1665. In the eighteenth century Baroque details were added, including a late-Baroque painting by Ján Mirejovský dating from 1803. The main altar, showing the Virgin Mary, St Catharine of Alexandria and St Barbara, was originally made in 1460-1470 and restored to its original form in 1985-1990.

The impressive wall paintings within the church depict scenes such as Adam and Eve in paradise, and Saint George slaying the dragon.