SLOVAK firms have been getting worse at paying their debts and meeting their financial obligations over the past two years. However, they've not yet sunk to the level of the least disciplined in Central Europe, experts say. And increasingly, Slovak firms are taking a closer interest in the payment history of their clients. 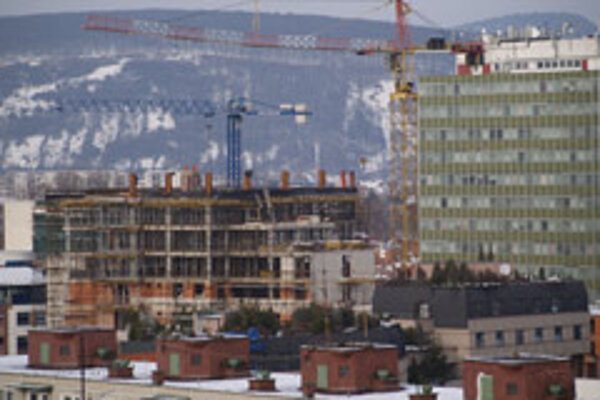 SLOVAK firms have been getting worse at paying their debts and meeting their financial obligations over the past two years. However, they've not yet sunk to the level of the least disciplined in Central Europe, experts say. And increasingly, Slovak firms are taking a closer interest in the payment history of their clients.

Worsening payment discipline - or 'payment morale' - is reflected in both the number of bankruptcies and also the increase in claims that credit insurance companies are paying out to their clients, experts say.

Based on international surveys, the time taken to pay for goods or services received has been lengthening, she added.

Slovakia occupies an unflattering position near the bottom of European payment rankings but some countries with whom it has close business ties, such as Hungary and the Czech Republic, fare even worse, Múdra told The Slovak Spectator.

Tomáš Mezírka, regional manager of Atradius Slovensko, a company which provides credit insurance, said that the payment morale of Slovak firms significantly worsened during the 2006-2007 period.

"But when it's compared to other countries, [the payment morale of Slovakia] is not that bad," Mezírka told The Slovak Spectator. Within the Visegrad Four countries (Slovakia, the Czech Republic, Hungary and Poland) Slovakia occupies the first or second position, he added.

Mezírka spotted some optimistic developments at the end of last year and in the first two months of 2008.

"I expect the situation [in terms of firms' payment discipline] will improve," he said.

In western countries, the majority of failures to pay are caused by bankruptcies while in Slovakia it is rather that companies use delayed payment as the cheapest source of capital, according to Mezírka.

Múdra agrees, but adds that sometimes the firm in question is itself awaiting payment and consequently unable to meet its financial obligations.

Experts also suggest that Slovak firms have not yet learned to be more assertive when it comes to asking for their money.

"There is also a false perception that one does not have to fight for one's money," Múdra said. "It is necessary to assert one's rights by the due payment date at the latest."

Firms operating in the construction and textile industry have the worst payment behaviour, according to Múdra.

"The construction industry has been experiencing a boom but payments go through several parties," Múdra said. "That's to say, from developers, through investors, up to the construction firms themselves - they complete their work, buy the material - which means that they provide credit to the whole production chain - and wait several months to get paid."

For example, Mezírka adds, numerous suppliers in the construction business consider clients to be good even if they pay up to 90 days after the due date.

The firms which suffer the most as a result of poor payment morale are the smaller ones that fail to pay enough attention to management of receivables and leave part of their funds (in the form of unpaid debt) in the pockets of their customers, according to Múdra.

Mezírka agrees that smaller suppliers have less strength to pursue their interests with regard to larger firms.

Until recently Slovak firms regarded requests for information about their solvency and payment discipline as an expression of mistrust, said Peter Meier, director of Coface Slovakia, a company which provides payment administration services.

But in 2007 there was a dramatic increase in the number of enquiries by Slovak firms seeking to obtain the trading and credit history of their business partners, payment administration services, and advice on out-of-court settlement of obligations, according to Coface Slovakia.

Slovak firms last year requested 26 percent more trade information on their partners compared to 2006, and over the same period contracted out twice as much of their debt collection functions to firms providing such services, Coface reported.

Bankruptcies - an indicator of financial health

Data on bankruptcy proceedings are often used as an indicator of firms' payment morale.

Statistical data show that 70 percent of bankruptcy proceedings in Slovakia are not pursued since the debtor's insolvency means there is no prospect of repayment, Múdra told the SITA newswire.

The number of insolvent firms should grow five percent worldwide on average this year with the highest growth - at 27 percent - in Italy, 20 percent in Hungary and 15 percent in China, according to a study entitled Insolvency Outlook 2007 by Euler Hermes which was released earlier this year.

France tops last year's European chart of countries with the highest number of insolvent companies with almost 50,000 firms going bust, according to the report (as quoted by the SITA newswire). Germany had almost 30,000 corporate bankruptcies, and Great Britain over 20,000.

The study estimates that in Slovakia about 800 firms went bankrupt last year and the Czech Republic recorded 1,150 bankruptcies.