A reliable partner is not always enough

PAYMENT discipline may be getting worse, but since experience of the market economy in Slovakia is still comparatively brief many businesses here don't know how to protect themselves against poor payment behaviour by their business partners. 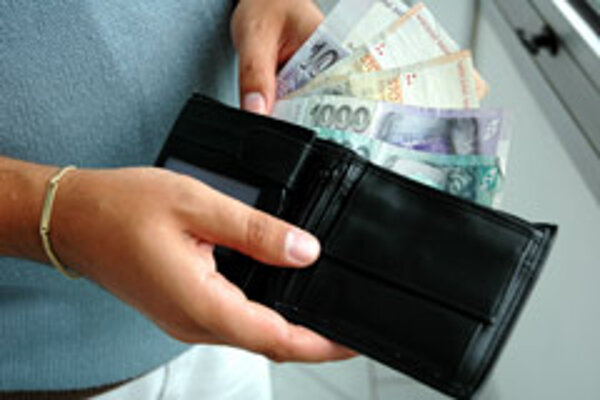 PAYMENT discipline may be getting worse, but since experience of the market economy in Slovakia is still comparatively brief many businesses here don't know how to protect themselves against poor payment behaviour by their business partners.

Selecting a reliable business partner is not always enough, say professionals in the field. Especially when doing business with several business partners, Slovak firms should consider using other tools of risk management such as credit insurance, factoring, or letters of credit.

Many Slovak businesses are either unaware of these tools or regard them as too expensive. However, experts say that if a business partner becomes insolvent the chances of getting any money back are greater if receivables are insured than if creditors wait for possible bankruptcy proceedings.

"There are many tools aimed at elimination of the risks of not getting paid from receivables but not all businesses are using them," said Helena Múdra, director of Euler Hermes Servis.

Currently, in Slovakia more stress is placed on making the deal than actually getting paid at the end of it, Múdra said. "Even in the case of overdue receivables, businesses are not strict and professional enough," she told The Slovak Spectator.

The elimination of risks related to poor payment behaviour by business partners starts with choosing reliable businesses to deal with, Múdra said. However, if a firm have several business partners it should consider credit insurance, she said.

"Slovak businesses still use comparatively little credit insurance as compared to western countries - however this is caused by the fact that the Slovak market is still young, and many businesses are not even aware that it's possible to insure receivables," Tomáš Mezírka, regional director of Atradius Slovensko, a credit insurance firm, told The Slovak Spectator.

And Slovak businesses have yet to learn which tools are appropriate for which situation. These differ in terms of administration, price, and when the client gets their money.

For example, factoring, by which a financial institution buys receivables before they are due, means that the client is paid immediately after the goods or service are delivered. However, the price of factoring reflects this specific benefit - that's to say, it is more expensive, said Mezírka.

Credit insurance costs a small percentage of the insured turnover from receivables whether it is for a large company or a company with a smaller turnover of about Sk50 million, said Mezírka. This is despite the fact, that the risk of losses from unpaid receivables is higher in the case of smaller firms, he added.

For firms in trouble they might seem expensive, according to Múdra, but for companies trading normally it is certainly worth considering the advantages of such tools.

Credit insurance might also encourage a debtor to treat its debt more responsibly and pay it, Mezírka said. If a company fails to pay up on insured debt, it could get onto the international database of credit insurance companies which might in turn cause other business partners to doubt it. "That is why they more often pay their debts on time," he said.

By contrast when a debt is not insured very often the only punishment for not paying it might be a threat of court action, which debtors frequently avoid by paying the principal sum of the debt just before the case goes to court, Mezírka said.

Insurance usually covers between 80 and 90 percent of the original value of a receivable. Coverage from credit insurance is typically several times higher than compensation received as a result of bankruptcy proceedings.