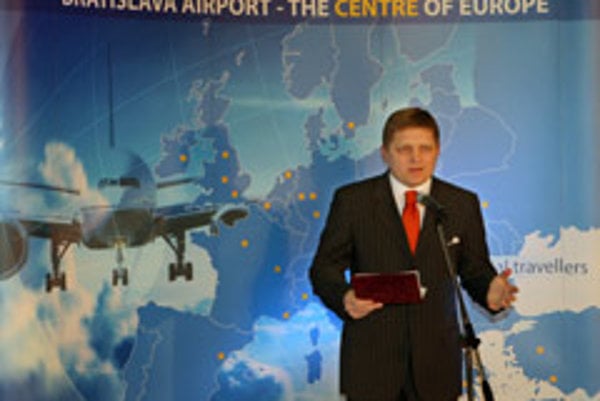 It was the final step toward full membership for Slovakia and the eight other countries that joined the Schengen zone in December. Passengers who travel through the airports can now fly to 23 European Union countries without showing a passport.

Dana Madunická, Bratislava airport’s public relations manager, clarified that while passengers travelling within the Schengen zone will from now on only be required to carry an identity card, those flying to destinations outside the zone will still have to bring a passport.

To ease this process, Bratislava airport had to undergo some remodelling, said Karol Biermann, chairman of the airport’s board of directors. The first project was to create different arrival and departure terminals for passengers depending on their destination, Biermann said.

Passengers will still have their boarding passes checked at the departure terminal and pass through security before boarding, Madunická said.

“By checking boarding passes before the security checks, we will prevent the presence of people who do not belong in the passenger area,” Madunická told The Slovak Spectator. “It is all about following security measures.”

Marián Jánošík, spokesman and advisor of the Ministry of Transport, also confirmed that all necessary safety measures have been put in place.

“The Slovak Republic has met all the criteria for entering the Schengen airspace,” Jánošík told The Slovak Spectator.

He continued: “The European Union Committee certified as early as September 2007 that Slovak airports were prepared to join.”

The remodeling of Bratislava airport to meet Schengen requirements cost Sk405.47 million, more than a quarter of which was provided by the Schengen transition fund, Jánošík said. The preparation at Košice Airport cost Sk3 million, he added.

Jánošík expressed confidence that the public was sufficiently informed about the changes that will result from joining the Schengen airspace. He mentioned that the Transport Ministry had organised a press conference on the topic and printed materials in various forms of media.

So far, everything seems to be proceeding as planned.

“M.R. Štefaník Airport is not aware of any problem caused by its entry into the Schengen zone,” Madunická told The Slovak Spectator.

In 2007, over a million passengers flew to EU countries in the Schengen zone, compared to just over 990,000 who went to non-Schengen countries, a press release from Bratislava airport states.

Slovakia joined the Schengen zone on December 21, 2007 after the Council of EU Ministers unanimously approved its entry, along with the Czech Republic, Hungary, Slovenia, Poland, Estonia, Hungary, Latvia, Lithuania, and Malta.

“We are in!” Slovak Interior Minister Robert Kaliňák exclaimed at a press conference in Brussels after the council’s decision. “Slovaks’ dream of European freedom, about 50 years old, is true at last. The last remnants of the Iron Curtain fell today.”