Off the beaten track

THERE is a growing demand in Slovakia for business aviation services, which make it possible for clients to avoid the rush, hassle, and headaches associated with regularly scheduled flights. 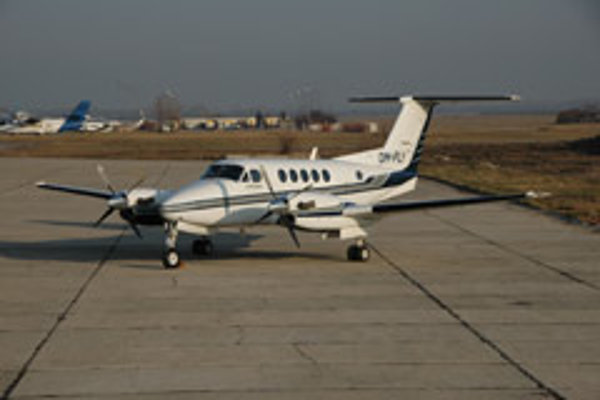 THERE is a growing demand in Slovakia for business aviation services, which make it possible for clients to avoid the rush, hassle, and headaches associated with regularly scheduled flights.

But the service is still in its early stages. Its success directly depends on a country’s economy, so Eastern Europe has only recently geared up for it.

Of the Visegrad Four countries, the Czech Republic is the fastest developing market, but Slovakia is catching up, according to companies that operate in this segment, which has its origin in North America.

The business has also been fuelled by the expanding European market, globalisation and clients who are weary of travel delays, the operators said.

Business aviation flights can use any airport in a country and fly to destinations that are usually not covered by regular flights. In fact, most take-offs are from airports that host as few as 100 per day, the operators said.

VIP Air, a propeller plane carrier, is the longest operating company in this market segment in Slovakia. It started operating in 2000.

“We have certainly recorded a growth in demand for this kind of transportation, but the arrival of the competition to the market can be felt as well,” VIP Air sales executive Arpád Agócs told The Slovak Spectator.

Just this year, between six and ten new airplanes operated by business aviation companies will be added to Slovakia’s fleet, which is a considerable increase, Agócs said.

“Compared to Western Europe, private transportation in Slovakia is still in its initial stages,” Agócs added.

Seagle Jet entered the Slovak market in 2006 and was the first executive jet carrier in Slovakia.

Daniel Solník, managing director of Seagle Jet, told The Slovak Spectator that the company set up in Slovakia because business aviation services have flourished in Europe at twice the rate of regular air transportation since 2001.

Seagle Jet primarily targets Slovak clients because the country’s economy has improved and the number of people who can afford private flights has risen, Solník said.

The number of the country’s business jets will rise in the near future, Solník continued. The conditions for this form of transportation continue to improve and the largest boom has yet to fully reach the Slovak market, he said.

Not only have services improved, but so have support services, such as baggage handling, catering and VIP services, Solník added.

Within the Visegrad region, Slovakia is approximately on the same level with Poland when it comes to the level and quality of business aviation services, and Hungary has the most catching up to do, Solník stated.

But the business is sure to tap the potential of the Hungarian market soon, Solník said.

The air carriers say the cost of business aviation depends on the destination and type of a plane, among other factors. However, Seagle Jet revealed that its basic price for one flight hour is Sk68,000.

With Slovakia recently having entered the Schengen zone, the companies can now offer direct flights to destinations that they couldn’t before. In the pre-Schengen era, the flights had to stop over for checks, which inflated both the price and the length of the flights, Solník said.

“Schengen will have a very positive impact on the growth of the whole sector,” Solník added.

Both carriers assume that the competition will remain strong on the Slovak market.

The increase of competition in Slovakia is significant among domestic carriers as well, but the arrival of carriers well-established in Western Europe has been especially evident recently, Agócs said.

According to Solník, there has been strong competition in the business aviation market since its inception because this particular market segment is not regulated, in order to protect domestic carriers.

“I can say that all of Europe competes with us on the Slovak market,” Solník said. “However, we do the same, since international clients have a significant share of our performance and we basically fly to all of Europe as well as Africa and the Middle East.”