A NATIONAL electronic road toll system could still be launched on schedule in January 2009, according to analysts, but that target is now looking increasingly tight. To meet it, the tender to decide on the system’s operator would have to be completed during April and a contract signed with the winner by the end of the month. 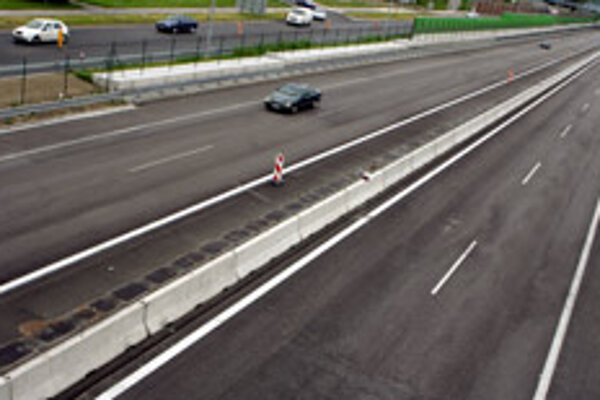 A particularly picturesque section of the road network, soon to be e-tolled. (Source: SITA)
Font size:A-|A+

A NATIONAL electronic road toll system could still be launched on schedule in January 2009, according to analysts, but that target is now looking increasingly tight. To meet it, the tender to decide on the system’s operator would have to be completed during April and a contract signed with the winner by the end of the month.

The tender has been repeated twice so far, putting more and more pressure on the construction timetable.

“Provided the tender is evaluated in April, the contract is signed with the winner by the end of April, and there are no revisions – that’s to say none of the tender participants files a complaint - there is still a chance to keep to the date,” Ľubomír Palčák, director of the Transport Research Institute, told The Slovak Spectator.

But he added that meeting the original deadline is now touch and go.

Palčák said that his view is based on talks with the tender participants about whether it is possible to build a system in seven months.

Setting up an electronic road toll collection system involves constructing an entire network of infrastructure including gates, cameras, scanners, and detectors. Moreover, a billing system also has to be up and running, which means arranging a system for pre-payment of tolls via banks, credit cards, and other means, Palčák said.

“The lack of time favours a satellite-based system over a microwave-based system,” Palčák told The Slovak Spectator. “However, both systems are, of course, already proven and only have to be implemented in Slovak conditions - which is why I say there is still a chance of keeping to the date.”

Former transport minister Pavol Prokopovič agreed that if a contract is signed before the end of April then there might be enough time. But he told the SITA newswire that, based on the experience of repeated tenders, he didn’t believe the present one would be completed so soon.

A fifth consortium, Satway, which included Slovak Telekom, a.s., had expressed an interest in tendering but in the end did not submit a proposal.

There has already been media speculation about the possible winner. The Sme daily reported on April 3 that, according to tender evaluation documents it had obtained from an unnamed source, the Slovakpass consortium has submitted the best bid. Its bid is based on a satellite system for toll collection. The National Highway Company (NDS) refused to comment on the speculation and said evaluation is still ongoing.

Electronic toll collection is planned to begin in Slovakia from January 1, 2009 for motor vehicles weighing over 3.5 tonnes. Such vehicles will have to have special units installed and tolls will be charged on about 2,400 kilometres of the country’s road and highways network, SITA wrote.

The NDS requires that toll collection be at least 95 percent successful. Construction costs are projected to be Sk20 billion.

The tender process will decide which system Slovakia ends up using – satellite, microwave or a mix of both. The NDS plans to conclude a 14-year contract with the winning supplier, with the option of a five-year extension.