JUDGING by how widespread knowledge of Finland’s folklore is in Slovakia, one could be forgiven for thinking it was as distant as India or Argentina. But borders are disappearing across Europe, from a cultural as well as a political perspective. 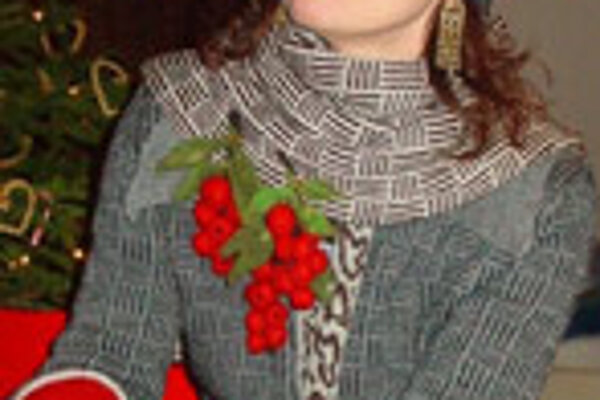 JUDGING by how widespread knowledge of Finland’s folklore is in Slovakia, one could be forgiven for thinking it was as distant as India or Argentina. But borders are disappearing across Europe, from a cultural as well as a political perspective.

To enrich co-operation between Slovakia and “the land of a thousand lakes”, the Slovak Centre for Folk Art Production (ÚĽUV) and the Finnish Crafts Organisation TAITO have prepared a touring exhibition of Finnish handicrafts, which mixes the modern and the traditional.

The TAITO Finland exhibition, which opened on March 14 in Bratislava, is the result of a long-term partnership between the two institutions, which are both members of the European handicrafts organisation.

“The event is an important contribution to our fruitful cultural dialogue, which began in 1993 and has continued ever since,” Jaroslav Ondruška from the ÚĽUV Gallery told The Slovak Spectator. “In 2007, Slovak traditional art was presented in 16 Finnish towns under the name of Peknô.sk and the response was overwhelmingly favourable.”

“Not only was the Slovak display very comprehensive, but it had also been designed in a highly professional way,” she stated. “That is why it received a lot of good reviews from the Finnish audience.”

The purpose of the present exhibition is to reciprocate last year’s event with a similar one, making it available to folklore enthusiasts in six different museums around Slovakia, Bäckman said.

“By presenting Finland’s rich cultural background, we want to show our handicrafts as a modern and creative activity,” she told The Slovak Spectator. “A secondary objective is to create new co-operation opportunities for artisans.”

Until January 2009, visitors to the TAITO Finland exhibition can admire attractive artefacts such as jewellery, birch wood bowls, iron wire baskets, carpets or clothes, all of them produced by 30 contemporary Finnish designers who have been inspired by the traditional crafts of their homeland.

According to Mikael Nygard, architect of the overall visual concept, probably the most interesting exhibits - which also symbolise the main idea of the designers - are the sheet-metal lanterns which enjoy great popularity in Finland.

“In the old days, women used to put such lanterns under their skirts to keep warm in cold churches or barns,” he said. “Although there is no need to use them anymore, their being more home-like than candles ensures that the lanterns are still very popular, especially as window or table decorations.”

Nygard added that in Finland, the lanterns have turned out to be quite a lucrative business both for the designer and the manufacturer.

“Nearly 90,000 pieces have been sold in ten years, which is very exceptional for a handicraft product,” he told The Slovak Spectator.

Moreover, the exhibition is characterised by a kind of “artistic recycling”, meaning that many products have been remade to fulfil another function.

“Some artefacts were even taken from old graves, others originated from the idea to reuse waste,” Nygard stated. “Ties made of car safety belts and fridge magnets made of old computer keyboards thus form a very interesting part of the display.”

Since the authors’ ambition was to respect the properties of natural materials as well as to preserve traditional and simple production methods, they decided to follow in the steps of their grandparents when creating the individual pieces of art.

“The techniques of our designers are very traditional and have been used by craftsmen for centuries,” Nygard said. “On the other hand, now we have a much more conceptual way of thinking, thanks to which we can improve some parts of the production in order that it is, for example, more effective.”

The architect observed that Slovak and Finnish folklore are in his view relatively similar.

“I believe that there are more similarities than differences,” he said. “However, products sometimes differ in shape and design. Slovak handicrafts are maybe richer in form, while Finnish ones are usually simpler.”

Marko Laine, counsellor at the Finnish Embassy in Slovakia, stated that cultural co-operation between the two countries has been very rich.

“It encompasses almost every imaginable field – from classical music to heavy rock, from architecture to handicrafts, from literature to sculpture,” he said, adding that this is reflected even at the academic level. “Since the Finnish language is becoming more and more popular among students, Comenius University will be opening study programmes in Finnish as of next year.”

In Laine’s opinion, Slovaks are obviously interested in Finnish culture, because a very large number of people have been attending various cultural events organised by Finns.

“Until recently, Finland has been known here mainly for her hockey players and Nokia,” he said. “Fortunately, Slovaks are discovering that Finland has a lot to offer in various fields. It is extremely important that Europeans learn more about one another and discover how much they actually have in common.”