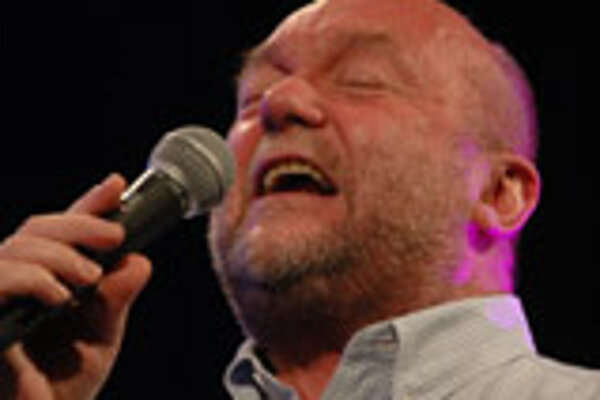 LIVE MUSIC: THE SPRING Bratislava Jazz Days, the spring version of the autumn festival of the same name, brings prominent jazz musicians to the capital as well as other towns of Slovakia. The festival starts in Žilina on April 11, continues in Košice on April 12, and culminates in Bratislava on April 13 and 14. In each town four jazz bands will perform. A band consisting of keyboardist Marián Čekovský, guitarist Henry Tóth and drummer Emil Frátrik will open each of the first three festival evenings. Brazilian singer Lygia Campos will be the first guest of the festival from abroad, heating things up with Brazilian, African and Arabian melodies. Peter Lipa, a well-known Slovak jazz singer and the “father” of the Jazz Days festival, will group with Ruggero Robin and Mino Cinelu. An appearance by Rhonda Smith & Karma Deuce will top off the evening. On April 14, Richard Bona, a jazz multi-instrumentalist, will play a solo concert in Bratislava. Tickets cost from Sk490 to Sk900 and are on sale at www.ticketportal.sk, www.hudba.info, and at the Bratislava Culture and Information Centre. For more information, go to www.bjd.sk.

DANCE: A 120-MEMBER Turkish dance group arrives in Slovakia with Fire of Anatolia, a magical dance show based on the culture and history of Anatolia that combines the region’s modern, oriental and folk dances. The group is putting on three performances: two in Bratislava, on April 11 and 12, at the Sports Hall Pasienky at Trnavská 29, starting at 19:30; and one in Košice, at the Košice Steel Aréna, on April 13, starting at 19:30. Tickets range from Sk590 to Sk1,490. For more information, go to www.fireofanatolia.com or call 055/6258-888.

FESTIVAL: Bratislava Chamber Guitar – The fourth year of this popular festival, which aims to revive Bratislava’s chamber music tradition and introduce all the facets of guitar as a versatile musical instrument, brings together styles from classical music to jazz to Latin American music performed by excellent musicians from Spain, Greece, Brazil, Hungary, the Czech Republic and Slovakia.

BALL: Country Ball on the Danube – This traditional event offers nine hours of country music for listening as well as dancing performed by Nový Rownak, Belasí, Bukasový Masív, Grasscountry, Petronella, Black & White, Sillmarion. Those who don’t know how to dance country style can take a lesson at the ball with Jeff Lašák.

LIVE MUSIC: Volapük – The French band, named after the first artificial language in the world, gives a concert, at which it plays its energizing music mixing influences of folk music of various countries as well as contemporary classical music.