SLOVAKIA's governing coalition is drawing fire from several sides for its draft amendment to the Freedom of Information Act (FOIA), which was pushed through parliament to a second reading on March 28. 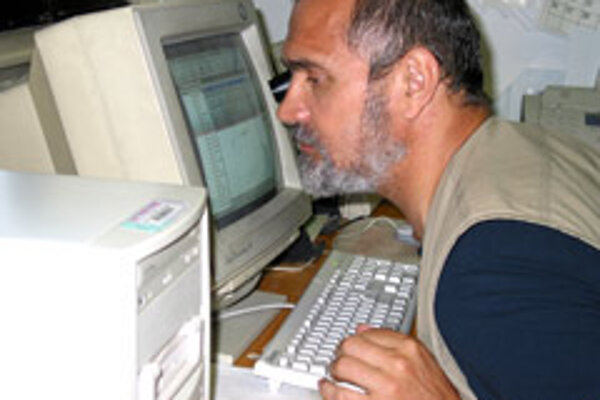 The coalition says it wants to improve access for the visually impaired. (Source: SITA)
Font size:A-|A+

SLOVAKIA's governing coalition is drawing fire from several sides for its draft amendment to the Freedom of Information Act (FOIA), which was pushed through parliament to a second reading on March 28.

The amendment directs state authorities to use any available capabilities and equipment to fill requests from the visually impaired.

The government says that the amendment is needed to grant the visually impaired, who it maintains were overlooked when FOIA was originally designed, equal access to government records.

But some non-governmental organisations (NGOs) are claiming that the coalition is amending FOIA as a first step toward limiting the scope of the law. They also point out that the visually impaired would be better assisted by more comprehensive legislation.

Citing provisions of the Act now in place, some non-governmental organisations say that the law already adequately prevents discrimination against the blind. And an association that represents local governments opposes the amendment on the grounds that the costs would be too burdensome.

Some of those opposed to the amendment have formed The Initiative for a Good Law to preserve the Act in its original form and warn of any attempts to change it.

Justice Minister Štefan Harabin told the public STV channel on February 17 that he had consulted representatives of the handicapped while drafting the amendment and that they supported them.

Harabin said that the amendment fulfills his responsibility towards the visually impaired.

At that point the talk show host interrupted to remind Harabin that directors of NGOs are not elected officials.

"And are they not worried that the Freedom of Information Act as it is now treats the handicapped like second-class citizens?" Harabin said.

But critics of the amendment have maintained their resolve.

Šarlota Pufflerová, head of the Citizen and Democracy civic association, told The Slovak Spectator that she sees no reason to change the Freedom of Information Act because it already protects the blind.

The amendment does not require state offices to provide the information in Braille, she said. It only directs that they use any technical means at their disposal to provide it, she noted.

"So that's no different from the original law," she said. "Nothing in it now prevents an office from using a Braille printer, if it has it."

Pufflerová expressed her belief that the coalition had an ulterior motive for introducing the amendment.

"Opening the Act would provide a precedent for amending it, which could lead to a change in accessibility of information," Pufflerová said.

Pufflerová pointed out that the amendment could also be interpreted as requiring offices to obtain specialised equipment or software for transferring information into Braille and printing it.

"Such equipment is very expensive," she continued. "And it is impractical to think that it could be purchased at all offices."

Pufflerová also said she does not consider the amendment comprehensive enough. For example, it does not address situations such as when offices must send summonses or reminders to the handicapped, she said.

She argued that a better solution would be to implement a government-wide, systematic change in communications with the blind, rather than making it part of just the Freedom of Information Act.

Pufflerová recalled that NGOs suggested such a change last September at the Council for Non-governmental Organisations. Marcel Zajac from the NGO Ekofórum even filed a proposal with the Council to found an institution that would aid the handicapped in communicating with authorities.

Branislav Mamojka from the National Council of Citizens with Medical Handicaps and head of the Union of Visually Impaired supported that proposal, according to the Council's minutes from September 27, 2007.

However, Mamojka has also repeatedly supported the amendment to the Freedom of Information Act.

"We embrace the passing of the Cabinet's law," he told the TA3 news channel on February 6.

The Slovak Spectator was unable to reach Mamojka for comment.

The Association of Towns and Municipalities of Slovakia, which represents the country's local governments has warned that local governments are not well staffed or technologically advanced enough to provide information in Braille and that the amendment puts an unfair burden on offices by making them bear the cost of any necessary upgrades.

The coalition has tried to amend the Freedom of Information Act in the past. In February 2007, Edita Angyalová, an MP with the Smer party, attached an amendment to the Law on Advertising that would have given state offices the right to deny any request they deemed was "unreasonable".

"A certain applicant has paralysed the Tax Office with his impossible requests," Angyalová said in justifying that revision.

An opinion poll conducted in March by the Focus survey agency showed that the Slovak public opposes any effort to limit the scope of the Freedom of Information Act. In fact, as many as 51 percent of respondents said the law should encourage the release of all information, even that which hasn't been specifically requested; 20 percent said the law should stay the way it is now; and only 9 percent said it should be subject to restrictions.

But those 9 percent agreed that state offices should be allowed to use their own judgment to decide whether to comply with requests, rather than have to follow prescribed guidelines.

The Freedom of Information Act was passed in May 2000 during the Mikuláš Dzurinda administration. Upon taking effect in January 2001, it has required state offices to respond to requests for access to government files and information on government activities.

According to lawyer Vladimír Pirošík, Slovakia's Freedom of Information Act is progressive in Europe for the short amount of time it gives agencies to respond to requests.

"It is just eight working days, while the standard across Europe is 15 to 20 days," Pirošík explained. "Slovakia is the envy of its counterparts in the Freedom of Information advocates network, an association of NGOs and media."