WHILE the financial world ponders whether the US economy has only slowed or has actually dipped into recession, Slovakia still feels protected by recent foreign investments, the economy's muscular growth and the fact that the region's banks weren't heavily exposed via securities to US sub-prime mortgages. The healthy real estate market, simpler loan products and more cautious banks should also help to shield Slovakia from any major crisis. 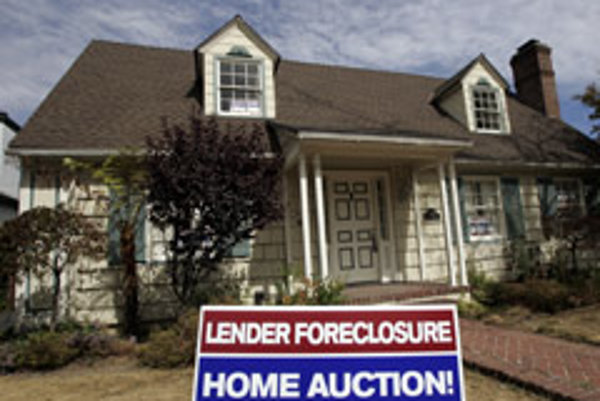 WHILE the financial world ponders whether the US economy has only slowed or has actually dipped into recession, Slovakia still feels protected by recent foreign investments, the economy's muscular growth and the fact that the region's banks weren't heavily exposed via securities to US sub-prime mortgages. The healthy real estate market, simpler loan products and more cautious banks should also help to shield Slovakia from any major crisis.

What began as a crisis in the American mortgage market has now developed into a matter for global concern, and resulted in the deepest US interest rate cuts in the last 25 years. Slovak market watchers, however, say that the credit crunch and the sub-prime mortgage crisis have neither shaken the financial markets nor affected mortgage trends in Slovakia.

"The Slovak market has not been directly affected by the situation in the United States," said Robert Prega, an analyst with Tatra Banka.

The refinancing costs of domestic commercial banks have been growing due to the general growth in credit margins in the United States and the eurozone, so these expenses might end up being reflected in the client rates of commercial banks, Prega said.

"The credit portfolio of domestic banks [is of a] high quality and along with the expected favourable macro-economic development should not lead to stricter conditions for providing loans to clients in Slovakia," Prega told The Slovak Spectator.

Martin Lenko of VÚB Bank agrees that so far there is only a small probability that the credit crunch will squeeze the Slovak market.

"Slovak banks have been proceeding very cautiously when providing loans, specifically mortgage loans, and there is only a very slight probability that they could find themselves in problems similar to those that US banking houses have been struggling with," Lenko told The Slovak Spectator.

Slovak banks provide simpler loan products to clients with a greater ability to repay the loans, Lenko added. He also pointed to the lower indebtedness of the Slovak population compared to the United States but also the European Union, along with the relatively stable real estate market, which has not yet shown any signs of overheating.

On the other hand, Lenko said, it cannot be ruled out that local banks might reach for some preventive measures and make their loan conditions slightly stricter, for example by modifying the risk profiles of their clients or locations.

"However, the initiative will obviously come from the local banks, while I do not expect any significant regulation on the part of the mother banks," Lenko added. "I personally have not noticed that any of the mother banks which own local banking houses have extensive problems with loan payment and liquidity."

The US loan market had been offering low interest rates and making mortgage loans available to low-income clients with poor repayment histories. But over the last few years, interest rates had climbed to the point where many debtors were no longer able to pay the higher regular loan installments. Clients' inability to pay their mortgages helped push down real estate prices and dragged the housing market into a recession, according to market watchers.

"Apart from these temporary fluctuations we do not expect any fundamental impacts on the country's economy," Barta told The Slovak Spectator. "The financial market itself should not face problems with liquidity and thus the price of money in the market should not grow significantly."

The National Bank of Slovakia said earlier this year that as a result of uncertainty in world real estate markets the volume of investment by foreign companies into the Slovak property market might drop, while domestic banks might also become more reserved when financing real estate projects.

However, market watchers also agree that if the US economy sinks into a long-lasting recession it will have an impact on the economy of the eurozone and, subsequently, Slovakia.

"Slovakia's entry to the European Monetary Union will expose Slovakia to wider impacts from developments on world markets, most importantly in the area of credit margins," Prega added.