Commodities are not for the faint of heart

GOLD has ascended the throne atop the commodities market over the past several months. In fact, investment into gold has been credited with protecting investors from the crisis that has spread throughout global financial markets recently. 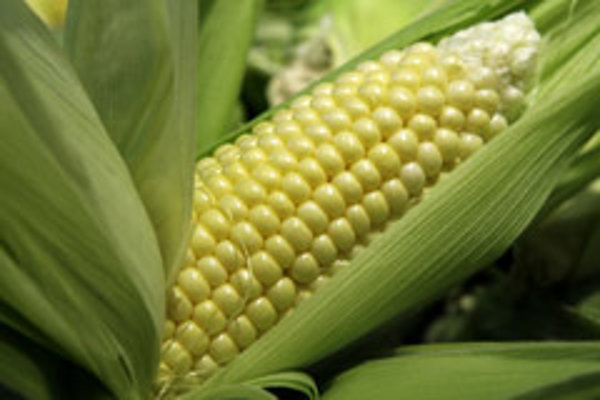 GOLD has ascended the throne atop the commodities market over the past several months. In fact, investment into gold has been credited with protecting investors from the crisis that has spread throughout global financial markets recently.

The commodities market remains the domain of experienced investors and does not frequently occupy business columns in Slovakia, but market professionals say that in Slovakia there is interest in this segment of the market, which promises enticing gains at the expense of high risks.

However, the situation in Slovakia cannot be compared with that in western countries, say investment professionals.

"Slovaks are traditionally conservative investors, who prefer smaller risk to bigger gains," Michal Májek, chief analyst with FIMEX Capital, told The Slovak Spectator. "So investing in commodities is not as widespread as maybe it is in Western Europe, or especially the United States."

A Slovak bank recently introduced a structured deposit that invests into commodities such as gold and platinum.

"Currently, investments into commodities seem an interesting alternative to investments into stock funds, which are still relatively risky, as the market has been weighed down by negativity," Marián Burian, director of the segment of consumer products at UniCredit Bank, told The Slovak Spectator.

Petr Jurča, Front Office Manager of the Colosseum Asset Management brokerage, said that there are several options for investing into commodities, but most are available through foreign providers, so only well-informed clients know how to access them.

According to Jurča, the most common way of investing into commodities is the direct purchase of gold or silver that the investor buys through a bank or a specialised broker. One of the simpler ways of investing is either through commodity funds or so-called exchange traded funds focused on the commodity sector, Jurča told The Slovak Spectator.

According to Májek, investments into commodities suit an investor who already has experience with stock markets.

"If the investor chooses to rely on a broker, absolutely no experience or time is needed, as the broker makes all the deals," Májek told The Slovak Spectator. "It is only crucial that the client is aware of the risks connected with the trading."

Only investors with sufficient experience and knowledge are recommended to trade on commodity markets independently, Májek said.

"Simply put, someone who at the slightest loss of capital starts panicking and calls for help shouldn't be on these markets," Jurča told The Slovak Spectator.

As for how much is required for an initial investment, it varies depending on the target market. The smallest investments are about $4,000, while the more demanding markets, such as crude oil, gas or wheat, require start-up capital of $10,000, according to Májek.

Investments in commodities can be short-term, even several weeks, but long-term investments are more profitable, Májek said.

"Investors should pick under-priced markets that can be expected to have a big chance of soaring in the course of one to two years," Májek said.

According to Jurča, even small investors are attracted to these investments and can turn a profit.

In Slovakia, investments in gold and especially grain, such as maize, soya, or wheat, are popular. These markets are liquid and have growth potential, said Májek. Over the past two years, these investments have brought in high yields for investors.

"I recommend the purchase of corn or maize as a number one commodity," Májek said.

Corn stocks are very low globally and may drop further. Demand, on the other hand, is very strong, which is constantly pushing the price up, Májek said.

Coffee and sugar are also good commodities, in Májek's opinion, since there is strong demand, which will drain global stockpiles. More affluent investors should consider natural gas, which is among the most undervalued commodities form the point of view of price, he added.

The value of gold and platinum is breaking records these days and the long-term trend is for it to continue increasing, reads an analysis prepared by the analytical team of UniCredit Bank.

"Both commodities have remarkable potential for further growth in the future as well," Burian told The Slovak Spectator.

The bank introduced PROFITGOLD, a structured deposit, which invests into commodities such as gold and platinum.

It is intended for conservative investors, who are interested in using their free financial resources without elevated risks, Burian said.