Just what the vet ordered

IT IS SAID that people's behaviour towards animals reflects the maturity of their society. What the 2,000-odd stray animals caught each year just in Bratislava suggests about Slovak society is hard to say. 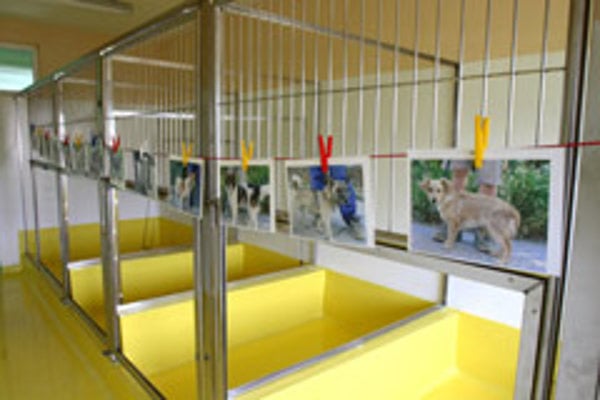 IT IS SAID that people's behaviour towards animals reflects the maturity of their society. What the 2,000-odd stray animals caught each year just in Bratislava suggests about Slovak society is hard to say.

Almost all of the bigger cities in Slovakia have an animal shelter. They are full of abandoned dogs or cats, which typically find new homes only with considerable difficulty. All those involved in their plight lament that both legislation and public awareness of the problem remains poor, and emphasise that prevention is the best cure.

Sloboda zvierat (Freedom of Animals), a non-governmental civic association founded in 1992, is the biggest and the best-known organisation dealing with the abandoned animals and animal cruelty in Slovakia.

In late 2007 it opened a new shelter in Bratislava to help dozens of four-legged asylum seekers. Though the building and its premises are still not completely finished, more than 150 animals have already been moved from the old, overcrowded shelter to the new premises. The organisation now operates two premises at Polianky, only a short distance from each other.

"The quarantine rooms have been finished, but we still lack enough money to plaster the exterior walls and build outside cages," Romana Brinzíková, spokeswoman for Sloboda zvierat, told The Slovak Spectator.

As much as Sk12 million (€370,000) has been spent on construction so far, most of which came from donations and fund-raising events.

"Four foreign NGOs made an important financial contribution to the building," Brinzíková told The Slovak Spectator. "The rest has been covered by the 2 percent of income taxes which private individuals can donate to non-governmental and other charity organisations, as well as by various collections."

On March 6, Bratislava council approved a Sk1 million loan to Sloboda zvierat. In total, the organisation needs more than Sk2 million to complete the animal asylum, the SITA newswire wrote.

According to Brinzíková, the new shelter is "just what the doctor ordered," meeting the strictest requirements regarding the hygiene and welfare of the animals.

"As soon as a place becomes available, an animal is moved from the more crowded facilities," she said.

Nevertheless, a shelter is no substitute for a proper home.

"Although we are doing our best, a lot of pets still have nowhere to go and the majority of shelters are insufficiently equipped," Brinzíková said.

Numbers show that this problem is far from trivial. Last year, 1,900 stray animals were caught only in Bratislava and no more than 385 of them were returned to their owners.

Apart from Sloboda zvierat there are several other institutions caring for abandoned and lost animals.

Romana Šerfelová from the Union of Mutual Help for People and Dogs in Košice said that their centre is permanently full because there are only two animal shelters in the whole of eastern Slovakia.

"We have created a kind of waiting list, which ensures that the system is less chaotic," she told The Slovak Spectator. "When people find a dog or a cat and if they are willing to keep it for at least a week, we postpone its reception so that we have enough time to arrange every step needed."

However, such a method is only partially helpful since it does not solve the problem of finding the pets a new home, Šerfelová observed.

"In fact, there is a great disparity between the animals being sheltered and those being adopted," she said.

She also emphasised that the fear of infection from sheltered animals is misplaced, given that all of them are professionally cared for.

"Every single animal that we receive is immediately de-wormed, vaccinated and examined by a vet," she stated. "Then it is kept in quarantine for a few days and if it is in good health, there is no obstacle to adopting it."

In spite of all the activists' efforts, the most serious problem still seems to be people's lack of awareness. Sloboda zvierat has been urging the authorities to draw up a piece of legislation that would prevent uncaring owners from abandoning their pets without threat of punishment.

"We demand that microchips including owners' personal data be compulsorily given to each animal," Brinzíková said. "At present, it is virtually impossible to identify the owner of an abandoned animal."

Roman Matejčík from the State Veterinary and Food Administration of the Slovak Republic agrees.

"Creating a central register of all animals and imposing strict penalties for those who would ignore their duties is the most effective way to solve the present situation," he told The Slovak Spectator.

Although he expects that such legislation could be accompanied by some complications, he considers the final result to be worth the effort.

"Of course, we can imagine that shortly before such legislation would come into force, many people would abandon their animals to avoid being punished in the future. However, this momentary tide would certainly subside after some time, with the numbers of abandoned animals gradually decreasing."

Matejčík added that along with more suitable laws, promotion of tolerance and respect for other creatures' lives should be among state officials's priorities.

"Children must be educated about the importance of assuming responsibilities as well as about basic principles of humanity," he remarked. "It is becoming more and more common to hear of youngsters torturing animals for amusement. Unless we set a good example for our children, we will have to lie in the bed we have made."

To address the increase in cases of cruelty to animals, the Justice Ministry has proposed revising the Penal Code to make punishments heavier for those found guilty of torturing animals. As part of these changes it is proposed that dog-fighting be made a prosecutable offence, said Michal Jurči, the Justice Ministry spokesperson.

"More and more often we are witnessing cruel and inhuman behaviour towards animals," said the Justice Minister, Štefan Harabin. "Such deeds cannot remain unnoticed. We cannot tolerate torturing animals to death, and so after consultations with experts we propose making punishments stricter."