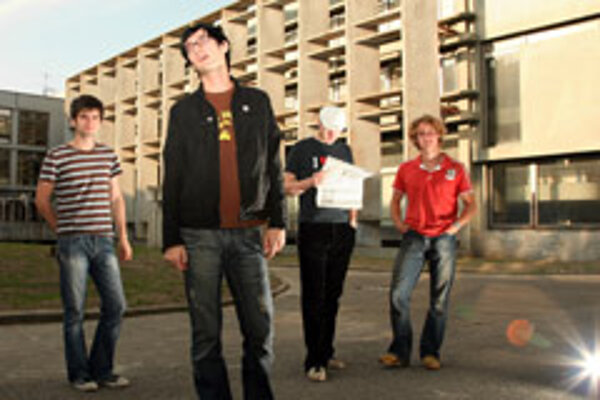 Concert: TO MARK its 10th anniversary, Klub detskej nádeje (The Club of Children's Hope) is holding a benefit concert in Bratislava on April 16. The club organises daily visits to children in Kramáre hospital who are undergoing treatment for cancer and other serious diseases. They also organise winter and summer camps and weekend programmes for them. The list of performers includes Slovak singer Peter Cmorik and bands Polemic and Vetroplach. Historical fencing group Corvus Arma will re-enact some medieval fights. The concert takes place in PKO (Culture and Leisure Park) at Nábrežie L Svobodu 3 starting at 19:00. For more information, go to www.kdn.sk or www.bkis.sk.

FESTIVAL: FIFFBA - The 10th International Festival of Francophone Film continues with 11 days of film (in the original sound, with Slovak subtitles).

OPERA: Krútňava - The Slovak National Theatre (SND) marks the first anniversary of its operation in the new building with a performance of the opera Krutňava (Whirlpool) by Eugen Suchoň.

DANCE: Hot Dance Duel - Czech and Slovak orchestras such as the Havelka Sisters and Funny Fellows play swing, foxtrot, and blues during the seventh year of the festival, which this year is dedicated to Ella Fitzgerald.

EXHIBITION: Graphic Touches of V4 - This display presents graphic works by artists from the Visegrad Four countries (the Czech Republic, Hungary, Poland and Slovakia) that resulted from a joint project.

EXHIBITION: ON APRIL Fool's Day, April 1, cartoonist Fedor Vico opened an exhibition called the Golden Keg, which displays cartoons from the 14th International Cartoon Competition on the Topic of Beer. This year's main prize went to Henryk Cebula from Poland. Other award-winning cartoonists came from the Philippines, South Korea, Finland, Estonia and Australia. As usual, Slovak, Czech and Polish authors entered the highest number of works. In total, 159 artists from 34 countries sent in 425 cartoons. The display takes place in the Šarišská Galéria (the Šariš Gallery) at Hlavná 51 and 53 in Prešov. It is open from 9:00 to 17:00 on working days, except of Monday (on Thursday the opening hours are extended until 18:00), and from 14:00 to 18:00 on Sunday. The exhibition runs until May 11. Tickets cost Sk20. For more information, call 051/7725-423.

SHOW: The King on Ice - Olympic and world champion figure skater Evgeni Plushenko is the highlight of this ice show. The show in Bratislava on April 15 is already completely sold out.