STV gets a new boss

THE PUBLIC service television broadcaster Slovak Television (STV) has a new general manager: Štefan Nižňanský. Nižňanský is STV's fourteenth general manager since 1989. He was the second director appointed by the STV Council, the authority which is elected by parliament to oversee the public broadcaster. 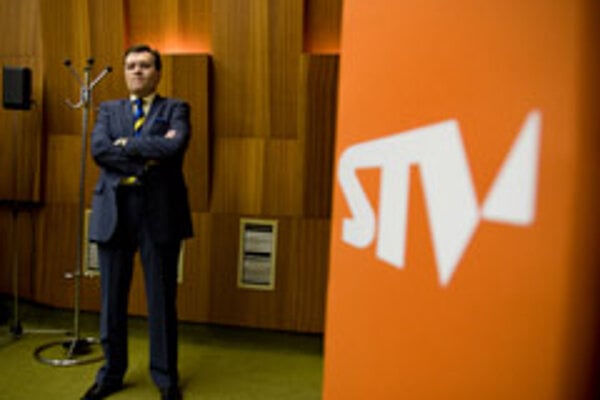 Man on a mission: Slovak Television's new general director Štefan Nižňanský, who was elected on April 16. The former communist-era journalist and news anchor fills a post which has been vacant since last December. (Source: SITA)
Font size:A-|A+

THE PUBLIC service television broadcaster Slovak Television (STV) has a new general manager: Štefan Nižňanský. Nižňanský is STV's fourteenth general manager since 1989. He was the second director appointed by the STV Council, the authority which is elected by parliament to oversee the public broadcaster.

"I applied as someone who is ready to help STV professionally to achieve something," Nižňanský told the SITA newswire.

The STV Council elected Nižňanský to fill a post that has been vacant since December 1, 2007, when former manager Radim Hreha was sacked. Under Hreha's management several reporters left the news department citing political pressure and interventions by the management as the reason for their departure.

The vice-chairman of the STV Council Peter Malec said that it will be crucial for Nižňanský's stewardship whom he picks to work in his executive team. For Malec the good news is that STV finally has a director again.

"It's a positive sign that STV has a new head after four months," Malec told The Slovak Spectator.

The day after he was elected, Nižňanský rejected statements implying that he was a placeman for the largest coalition party, Smer.

"This is a slur on my candidacy," Nižňanský told the Hospodárske Noviny financial daily. "Today in Slovakia, people are assessed in a more complex way, not only based on political bubbles. It is a kind of political folklore."

In the project that Nižňanský handed in to the STV Council as part of his bid for the position, he said he would turn STV into "a creative authors' workshop". He also said he would revive original productions at STV.

Nižňanský said his priority is to turn the STV from a station which buys programmes into a station which produces them. He wants to increase internal production by as much as 50 percent and for this reason he intends to apply for more funds for STV.

The current budget of the STV is Sk2.5 billion, while Nižňanský aims at a budget of up to Sk4 billion. He hopes to get the new funds from the state.

"I will do everything possible to get these resources, not because I need them, but because Slovak Television needs them," he told the private TV channel Markíza.

The new director also has to prepare STV for the start of digital broadcasting, planned for 2012, and this switch is one of the reasons Nižňanský considers his position a challenge.

Nižňanský also said that the volume of commercials on channels STV1 and STV2 should be limited.

Currently, Nižňanský is an independent TV producer. From 1977 he worked for thirteen years as a journalist and news anchor for state television under the totalitarian communist regime. He became the head of the domestic political news team at the station, a news commentator, reporter and deputy editor of the news department.

"Then, if someone wanted to work for the television, the person had no other choice," Nižňanský told the Hospodárske Noviny.

Nižňanský also said that he is not afraid that he will face political pressures now.

"This is a different era, laws are different, there is public control, and mutual control of media, so I am not afraid," he said.

After his appointment the Sme daily published on its website a TV recording, which features Nižňanský as a journalist interviewing people one week after the so-called Candlelit Demonstration on March 25, 1988, which was organised to campaign for religious freedom, and which, according to protesters, the communist regime brutally suppressed. The rally was dispersed by the police. The shot shows Nižňanský addressing people in front of a church, asking them whether anyone had prevented them from going to church, or whether they knew who had organised the candle rally. He also asks what they thought about the broadcasts of Radio Free Europe form the West.

Director and scriptwriter František Palonder, who in November 1989 was a member of the revolutionary committee of the STV which worked to overthrow the communist regime, spoke positively about Nižňanský, according to Sme.

"I did not condemn Štefan. As a man of 30 he had ambitions, and so he joined the party. But he wasn't someone who harmed anyone, or reported on them [to the secret police]," Palonder told Sme.

In 2001-2004, Nižňanský was a spokesman and marketing manager for the Slovak Ice-Hockey Union.

Media analyst Miroslav Kollár, former chairman of the STV council, told The Slovak Spectator that the choice of Nižňanský was bad news.

The trouble is that he lacks a more progressive view on the development of television at time when we face the transition to digital broadcasting, Kollár said. He also said that Nižňanský's real power to defend the STV's interests against economic and political interest groups is questionable.

According to Kollár, the STV needs a strong manager, able to represent its real interests against all the interest groups which have been using STV to achieve their goals.

"They have been doing this regardless of what it really means for television," Kollár said.

Originally, there were 27 applicants for the position; eight of them failed to comply with the formal requirements. The first round produced eight candidates who made it further. In the second round, Štefan Nižňanský was elected at the first attempt by secret ballot, getting the ten votes needed.