THE NORTHWESTERN town of Žilina will become the centre of young European concert art for the 18th time, hosting exceptional talent from Slovakia and abroad at the Central European Music Festival between April 21 and 26. The festival provides classical music lovers an exceptional opportunity to hear the winners of prestigious music competitions. 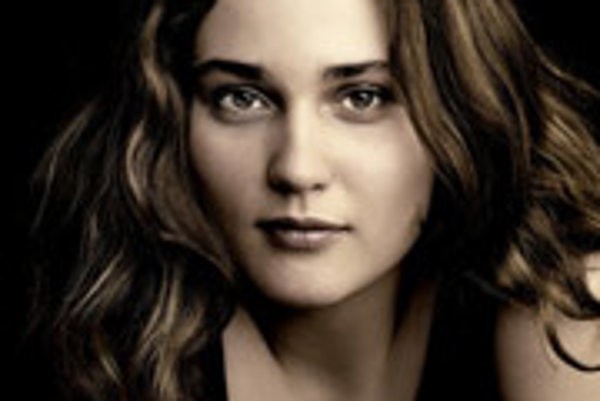 THE NORTHWESTERN town of Žilina will become the centre of young European concert art for the 18th time, hosting exceptional talent from Slovakia and abroad at the Central European Music Festival between April 21 and 26. The festival provides classical music lovers an exceptional opportunity to hear the winners of prestigious music competitions.

"This festival is unique, because it combines a classical music festival with elements of a competition," Ivana Korbačková from Music Centre Slovakia, the festival organiser, told The Slovak Spectator.

The performances of young musicians, including instrumentalists, singers, conductors and small chamber ensembles, are carefully observed and evaluated by the international jury. Their task is to decide who will receive the Music Critics' Prize for the most distinguished performance at the festival. The winner is given the opportunity to perform in concert at the next festival.

"Quality, as determined by a top placement in one of the most renowned or biggest world competitions is the foremost criterion for musicians to get an invitation to perform at the festival," Korbačková told The Slovak Spectator. As this festival focuses on young artists, the maximum age for instrumentalists is 32 years, while conductors and vocalists must be under 35 years.

Other selection criteria are meant to ensure that festival performances are varied in terms of featured instruments, musical period and style, and the nationality of the musicians.

All of the participating artists are already accomplished musicians as each of them has collected top awards at prominent competitions.

"I can highlight each of them; everyone is in his or her own way a distinguished and highly respected artist, even though they are still young," Korbačková told The Slovak Spectator. In total, 15 solo musicians and six ensembles will perform.

The organisers are exceptionally proud to have French violist Antoine Tamestit on the schedule.

"He is the winner of the International Music Competition of ARD Munich, Germany from 2004," said Korbačková. "He is already a world star."

She also highlighted the participation of Barnabás Kelemen, the Hungarian violinist who won the Critic's Prize at last year's festival.

Another exceptional talent is Julian Steckel, the cellist from Germany.

"He won the Violoncello Competition of Mstislav Rostropovitch in Paris in 2005," said Korbačková. "That competition is one of the most prestigious for cellists."

Pianist Anna Vinnitskaya will perform at the closing concert.

"This Russian pianist is the 2007 winner of the most prestigious contest - the Queen Elisabeth International Music Competition in Brussels," said Korbačková, admitting that there were sometimes problems in getting winners of such prominent competitions to perform on Central European stages.

Korbačková also mentioned Pablo González, the conductor from Spain, who returned to the podium in 2005 after a long illness.

Petrit Ceku, a guitarist from Croatia born in 1985, will be the youngest performer at the festival, but his youth does not in any way compromise his musicianship, said Korbačková.

Slovakia will be represented by tenor Peter Berger, on whom Slovakia pins great hopes.

The festival participants will perform at four orchestral and two chamber concerts.

"Usually we have three orchestral and three chamber concerts," Korbačková told The Slovak Spectator. "This year we have four orchestral concerts at which we will welcome two orchestras from the Czech Republic - the Czech Chamber Philharmonic and the Bohuslav Martinů Philharmonic."

The programme is colourful, including works of composers of various styles, mostly from the Romantic and Classical periods as well as the 20th century, with special attention paid to Eugen Suchoň. To mark his 100th birthday, UNESCO and the Slovak Culture Ministry declared 2008 the Year of Eugen Suchoň.

On April 21, the Slovak Sinfonietta Žilina will perform his Small Suite with Passacaglia arranged for chamber orchestra by Bohumil Urban.

The programme also features the works of composers less often performed on Slovak stages, such as US composer Lowell Liebermann.

Finally, Korbačková mentioned the repertoire of the Bulgarian-Austrian Via Nova Percussion Group, which consists mostly of music from the 20th century.

"The atmosphere at the festival is always exciting," said Korbačková, pointing out that the programme, which features two soloists every day, makes the festival evenings attractive and entertaining for listeners.

"For musicians, this festival is another opportunity to present their talents and skills as well as to compare their artistic abilities with other artists attending this mini-competition," said Korbačková.