THE MULTIPLEX Palace Cinemas in Bratislava's Aupark shopping mall will soon become the centre of attention for hikers and mountain climbers. 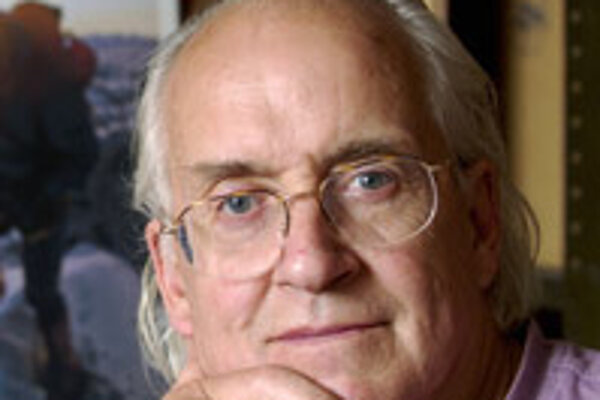 Doug Scott is one of the festival's legendary guests. (Source: Courtesy of Hory a mesto)
Font size:A-|A+

THE MULTIPLEX Palace Cinemas in Bratislava's Aupark shopping mall will soon become the centre of attention for hikers and mountain climbers.

Between April 24 and 27, the cinema is hosting the ninth year of the International Festival of Mountain and Adventure (Hory a mesto). The festival, apart from film and photo competitions and presentations, offers meetings with some legends of mountaineering.

Doug Scott, a British mountaineer famous for being the first to climb the southwest face of Mt. Everest, will be the festival's most prominent guest. Scott climbed one of the mountain's most gruelling paths in 1975. He will speak about his achievements and adventures on April 26 at 20:00.

Other prominent guests include Charlie Russell, a naturalist from Canada nicknamed Mother Bear Man who is famous for his study of grizzly bears, and Alex Huber, a versatile rock and Alp climber and skier from Germany. This will be Huber's second appearance at the festival. In 2002, his presentation drew a record number of visitors.

Dodo Kopold, who climbed five peaks above 8,000 metres during the last season, will represent Slovakia. And 15-year old Adam Ondra, who won the 2007 European Youth Series, will arrive from the Czech Republic.