KEY foreign investments in western Slovakia have attracted logistics firms to the region. But good news is expected in the rest of the country with logistics firms announcing plans to operate further east. Further developments in the automotive and high-tech industries are being planned which should lead to further growth in the logistics businesses serving them. 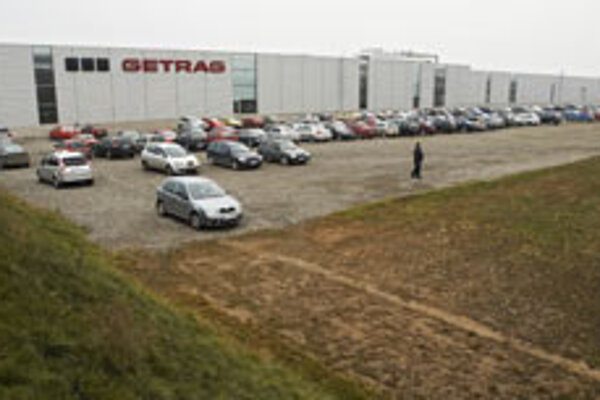 KEY foreign investments in western Slovakia have attracted logistics firms to the region. But good news is expected in the rest of the country with logistics firms announcing plans to operate further east. Further developments in the automotive and high-tech industries are being planned which should lead to further growth in the logistics businesses serving them.

The most recent project is that of logistics firm Kühne&Nagel, which has announced plans to build a logistics centre in eastern Slovakia, at the Kechnec industrial park near Košice. The centre, which the company describes as its most significant development project, should serve Getrag Ford Transmissions, which launched production last year.

"The main factor behind the arrival and development of logistics firms in Slovakia is the new investments and also the growth of existing ones, which are tightly linked to the increase in production" Milan Gjabel, national sales manager of Kühne&Nagel, told The Slovak Spectator.

Some major logistics firms waited for key investors to enter Slovakia. These were typically the firms that already cooperated with the investors in their countries of origin: for instance Gefco, which was close to carmaker PSA Peugeot Citroen; and Glovis, which shared a similar relationship with Korean carmaker Kia Motors, Gjabel said.

Kühne&Nagel entered the Slovak market in 1991, though the company recorded significant growth in demand for its services from 2005. The greatest call for logistics services now comes from the automotive and high-tech sectors, he said.

Panalpina, which has its headquarters in Bratislava, also has plans to open a branch in eastern Slovakia, the ČTK newswire wrote. The company's pilot project is to establish a customs consignment storage area for a customer in the automotive sector, said Peter Pipíška of Panalpina.

According to Pipíška, cross-docking (the practice of transferring and sorting goods for delivery without storing them), railway transportation and personnel logistics should experience a boom in Slovakia in the future. Gjabel sees the area of storage and logistics services with added value, as well as distribution services, as having considerable potential.

Bearing in mind the main reasons for the arrival of investors in Slovakia, namely lower production costs and competitiveness in western markets, Gjabel still sees transporting westward as a dominant trend. However, logistics experts consider business between eastern European countries such as Poland, the Czech Republic and Romania - where over the past couple of years foreign investors have set up operations - to be promising, Gjabel added.

Pipíška also noted that with investors moving gradually eastward, transit to the East and the Balkans will also gain more significance for logistics services.

As far as predicted trends are concerned, Pipíška said that forcing trucks off the roads and onto railways, and an increase in intermodal transportation will become dominant.

Gefco Slovakia has recently opened a new storage facility at a logistics park in Trnava, western Slovakia, where PSA Peugeot Citroen is located. Olivier Large, the CEO of Gefco Slovakia, told the ČTK newswire that the company wants to open two more offices this year, in Žilina and Banská Bystrica.

The offices will be points of contact for potential clients in Slovakia.

Anton Keleši, project manager of Gefco Slovakia, said that western Slovakia can be considered a central node for logistics facilities.

"Currently I see the localisation of logistics facilities in Slovakia, which are centralised in the Lozorno-Bratislava-Trnava-Senec [all in western Slovakia] area, the site of about 60 percent of all such facilities," Keleši told The Slovak Spectator.

According to Keleši, all these logistics facilities in western Slovakia do not necessarily mean that the service providers are able to offer clients customer-tailored logistics solutions.

Their storage areas are often rented from developers who construct storage sites speculatively, and have therefore built according to general standards, rather than specifically to meet the needs of future tenants, said Keleši.

"I personally think that not only the quantity of logistics facilities, but most importantly the quality, matters, which not all providers are able to maintain given the huge volume of accepted orders," Keleši said.

As for Bratislava being a magnet for logistics firms, Keleši said that there might be geographical and historical factors aside from Bratislava being the location for many firms' headquarters, such as the limited infrastructure which was available after the fall of the communist regime in 1989.

"However, it will not be long before logistics centres are developed in eastern Slovakia," Keleši said. Eastern Slovakia is interesting for investors as well as for logistics firms mainly because of its larger potential labour supply given existing labour shortages in western Slovakia, said Keleši.