WHEN Ivan Harman took over as the mayor of Žilina in 2006 after the 16-year reign of nationalist leader Ján Slota, he warned of the landmines Slota had left behind that threatened the city's finances. 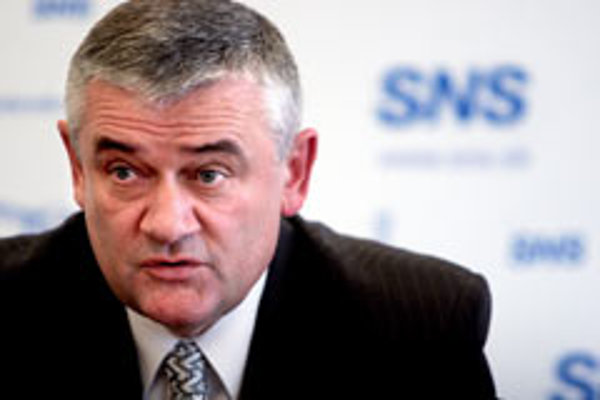 WHEN Ivan Harman took over as the mayor of Žilina in 2006 after the 16-year reign of nationalist leader Ján Slota, he warned of the landmines Slota had left behind that threatened the city's finances.

Over a year later, Harman is still hoping that the biggest mine can be defused. Žilina remains on the hook for a Sk50 million loan issued in 1992 to local businessman Dušan Kulla, a debt that Slota guaranteed in the city's name. Kulla later defaulted, and his creditors are now expecting the city to pay.

According to Harman, if Žilina is forced to cover the debt, which currently stands at "Sk180-200 million", it will be placed under a caretaker administration. "We simply have nothing to pay it with," he said during a recent visit to Bratislava.

The mayor of this city of 90,000 in north-western Slovakia did not want to comment further on the case because he feared it would have a negative impact on any future ruling by the Supreme Court. But Žilina councillor Dušan Maňák said the debt could ruin the city's finances.

"It would be a financial catastrophe, and it would have a very negative impact on the governance of the city," he said. "In light of the financial condition Slota left the city in after 16 years, I can't imagine it."

At the beginning of this year, the town's debt stood at Sk940 million. Given its annual budget of Sk1.3 billion, Žilina has reached a debt ceiling. Its hopes now rest with the legal argument that Slota's guarantee - which according to Harman was not approved by city council - is not legally binding. The origin of the debt is clouded in mystery, largely because the main players are not anxious to discuss it.

Ján Slota, the leader of the ruling coalition Slovak National Party, hung up without a word when asked about the loan by The Slovak Spectator. Kulla was only slightly more communicative, admitting that he had taken the loan, but refusing to go into details. "I have no interest in discussing anything with journalists, you just write whatever you want," he said when reached at his Žilina flat.
According to city councillor Maňák, Kulla took the loan from the VÚB state bank in 1992 to finance the completion of a shopping centre in the Solinky district of Žilina. For unknown reasons, the project was abandoned, the loan went unpaid, and the "shopping centre" became a ruin known locally as "the Haunted Castle" frequented by teenagers and the homeless. In 1997, a seven-year-old boy named Jožko Maštalírec drowned in the building's flooded basement; another child was badly hurt, and two teenage girls attempted to commit suicide there.

"Dušan K., born in Žilina, was charged in 1998 with causing serious bodily harm," said police spokesperson Marta Bujňáková. "The injured party was a boy born in the year 1990."

"Dušan Kulla bears some of the moral responsibility in this case, because there was criminal responsibility for a death and the serious injury of a child in an unsecured building that he was supposed to have rebuilt with the loan," Maňák said.

At the time the loan was signed with VÚB, Anna Heršicová was the head of the bank's Žilina branch and a member of the town's finance committee. She claimed to have signed a confidentiality agreement on leaving the bank. "I'm not at liberty to divulge any information, I'm already retired," she said. "I can only tell you that the loan was issued under normal conditions and was examined by the bank's loan department."

According to court records, from the testimony of Slota and Heršicová "there was no doubt that in the matter of the issue of the guarantee, talks were always held between the two of them with no one else present." When asked about this fact, Heršicová said: "Whether or not the town approved the issue of the guarantee was the responsibility of the person who signed it, it was not a matter for the bank."

In court, the town has argued that "the approval of the town council is the crucial precondition for the legal validity of the loan guarantee issued in the name of the town of Žilina." Given that Slota never secured this approval, the town claims, the guarantee he signed is worthless, and Kulla is solely responsible for the Sk200 million.

"I have been a member of the town council ever since Slota first took office, and I can assure you that the council never approved that guarantee, and was never even informed of it," Maňák said.
The town's lawyers were not available for comment, but Bratislava attorney Ernest Valko said that the courts in Slovakia tended to agree with this interpretation of the Commercial Code and its provisions on the issue of guarantees. "The entire judicature requires that internal municipal guidelines on the issue of guarantees be observed," he said.

Whatever the strengths of the town's case, it has not always translated into favourable court decisions. After winning in the district court, Žilina lost in the regional court and again on appeal in the Supreme Court in 2004. A special appeal to the Supreme Court was successful in 2007, and the case was returned to the lower court for further proceedings.

The debt in the meantime was cut out of VÚB before the state bank's privatisation in 2001 and sold to the financial wing of General Electric (GE) as part of a package of 700 non-performing loans. The legal aspects of recovering "the Kulla debt", as it was known, were handled by the GFR company of Bratislava and lawyer Richard Majer.

"On the basis of the first Supreme Court decision, a debt recovery order was issued, but it was later overturned," Majer said. "It was an attractive debt precisely because the town had guaranteed it with its assets." The receivable is currently owned by Gebis Holding Ltd., an offshore company registered in Samoa, with Brno lawyer Tomáš Rašovský leading the court case. "I can't comment while we are in court, I could lose my licence," Rašovský said.

For their part, the residents of Žilina could lose Sk200 million and the right to administer their own finances. The courts have yet to decide who bears legal responsibility for this state of affairs. "However, moral responsibility clearly lies with the former mayor, who caused this situation through his decision to sign the guarantee," said Maňák.

Kulla: What do you want?

An interview with Dušan Kulla, who failed to pay a Sk50 million loan taken from the VÚB state bank in 1992:

The Slovak Spectator (TSS): I'm a journalist doing a story on your bank loan, and I would like to ask you a few questions. Is now a good time?
DK: You're a journalist? I have no interest in discussing anything with journalists, you just write whatever you want and good riddance to you. Good riddance, you hear? Journalist, wanting something... What should I tell you, for what reason?

TSS: Because the mayor of Žilina guaranteed a loan for you that you didn't pay, and now the city may have to make good on it.
DK: You just want something sensational for your newspaper. Are you a Slovak journalist or a foreign journalist?

TSS: I'm not from Slovakia, but that makes no difference. I've asked you some questions and I would like an answer.
DK: So you're a journalist and you want to ask me something. But I don't have to meet you, do I?

TSS: You don't have to do anything. It's entirely up to you.
DK: If you wanted to ask something that made some sense, I would think about it, and decide whether to meet you or not. Now I'll ask you a question. Will you tell me something? If you tell me, we'll meet, and if you don't we won't. You have two choices. There you go.

TSS: And what's the question I'm supposed to answer?
DK: Weren't you listening to what I was just saying? It's a question of whether I'm willing or not. If I think it's worth it, I'll meet you, but you have to convince me. Or are you the kind of journalist who doesn't really want to get to the bottom of things?

TSS: Mr. Kulla, I'm writing a story on this loan, and I'm offering you a chance to comment. Whether you use it or not is entirely up to you, I'm not here to convince you of anything.
DK: You just think you can ask anything and print anything... Do you want to arrange a meeting?

TSS: I would like to ask you why you took this loan, why you let it grow to Sk200 million, and what you think of the fact that Žilina may have to cover it.

DK: Who told you that?

TSS: These facts are taken from a Supreme Court verdict I have on the desk in front of me...
DK: What do you want me to comment on, and why?

TSS: I've told you precisely what I want to know and why...
DK: What do you want exactly?