In governing, there are no 'non-priorities'

ŽILINA has taken advantage of its strategic geographic position in central Slovakia to become a hot spot for investors, especially carmakers. 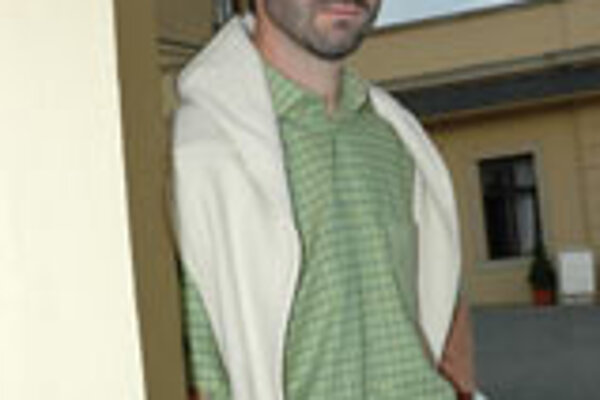 ŽILINA has taken advantage of its strategic geographic position in central Slovakia to become a hot spot for investors, especially carmakers.

The Slovak Spectator interviewed Juraj Blanár, chairman of the Žilina Region, who believes that Slovakia's modernisation is still in its infancy, but that his region is leading the way.

The Slovak Spectator (TSS): Which economic or social issues are you focused on?

Juraj Blanár (JB): Every matter that falls under our jurisdiction is important, so I do not differentiate between priorities and "non-priorities". We try to devote equal time to all our responsibilities: our health care system with four hospitals and two health centres; 40 social welfare institutions with a number of senior citizens and disabled people to take care of; and 81 schools that offer general education and vocational training. Transport infrastructure isn't neglected either. The Žilina Region, which has kilometres of second- and third-class roads, subsidises public transport to reduce travel expenses and support mobility.

TSS: Over the past few years, several important investors have come to the Žilina Region, which is sometimes referred to as part of the so-called "magic triangle". Why are investors so attracted to your region?

JB: Žilina, which is well-positioned to meet transport needs, has a great deal of untapped potential. The D1 motorway, the backbone of our region, should be completed as soon as possible, since it is probably the most important selling point for investors when deciding where to go.
There is not only the KIA plant in the Žilina Region, but also hundreds of other businesses that are in urgent need of good road and railway infrastructure. Recently, I met the prime minister in Trstená, where we laid the cornerstone of its bypass. This brought us closer to construction of the R3 fast road. Development of our natural Orava and Turiec regions is directly dependent on this thoroughfare. I am convinced that we will manage to complete the connection between Orava and Kysuce by the end of this year, which will hopefully have an important impact on tourism.

TSS: Are you trying to fill the gaps in the labour market by cooperating with secondary schools in the Žilina Region?

JB: This is a very topical issue because high-quality education is, in my view, of the highest importance, especially right now. In order to ensure that people find jobs immediately after graduation, I initiated partnerships between employers, their associations, labour offices and educators last year that are intended to analyse the present situation and assess its future development in the labour market. We have also introduced a new study programme, "Mechanical Engineering: Car Production", at five secondary schools. Without such cooperation with employers, we would not be able to advance and satisfy the labour demand.

TSS: Have living standards in your region improved? What are the main reasons?

JB: The obvious improvement of living standards in the Žilina Region is mainly due to investors, new jobs and reduced unemployment. Seven years ago, our average unemployment rate [according to labour offices] was 16.38 percent. It is now only 5.55 percent. I will be pleased if this trend continues so positively, but it is not even half the battle. As I have already mentioned, the Žilina Region has to make use of its potential, the most important conditions for its development being roads and energy saving. All natural, historical and geothermal treasures of the Liptov, Orava, Turiec, Kysuce and Horné Považie regions have not been discovered yet and I hope this will soon change. We are fully aware of the value of these riches and a new strategy project for using geothermal energy has been prepared. A part of it has been already financed by the European Union.

TSS: Which of your region's weaknesses do you consider the greatest obstacle to advancing more quickly?

JB: Without sufficient infrastructure, neither development nor sustaining the present trend can be expected. I hope that our region will make full and effective use of the new "Marshall Plan", as I call the EU programming period 2007-2013.

The services sector is still limping along, but the situation has undoubtedly improved compared with the past. A sense of cooperation should be developed in those municipalities, private companies and non-profit organisations that want to put their hands to the plough.

We are still dissatisfied with the quality of tourism services. This problem can be solved by various specialised centres. In the Žilina Region, two such centres were founded recently, focusing on tourism and information technologies.

TSS: Do you have enough freedom to put your intentions into action, or is more decentralisation needed in Slovakia?

JB: Creation of autonomous regions is the first step towards decentralisation in Slovakia. The country, however, has a very long way to go before it accomplishes this. This concerns not only a power shift to the regions, but also sufficient financial backing. We still need to make up for shortcomings in the modernisation process, which can be seen in schools, hospitals, rest homes and historical monuments.

E-government in Slovakia is also still in its infancy and I consider this area to be one of the most effective methods for eliminating bureaucracy and making services as accessible to the general public as possible.

TSS: What direction should the Žilina Region head in?
JB: It is very simple. I hope that from both the short-term and long-term perspective, our region will offer its citizens good roads, appropriate health and social care and good education opportunities for their children. And as for young people, I hope they come back from abroad.