From lynx to capercaillies

CENTRAL Slovakia is most well-known for its mountains. Five out of the nine Slovak national parks are in central Slovakia, some of them bordering eastern Slovakia: the Low Tatras, High Tatras, Muránska Planina, Malá Fatra, and Veľká Fatra national parks. 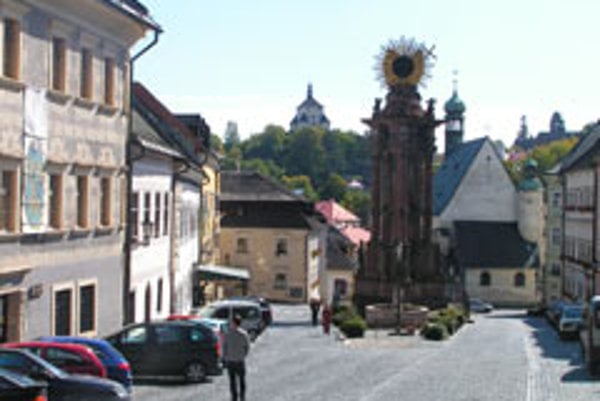 CENTRAL Slovakia is most well-known for its mountains. Five out of the nine Slovak national parks are in central Slovakia, some of them bordering eastern Slovakia: the Low Tatras, High Tatras, Muránska Planina, Malá Fatra, and Veľká Fatra national parks.

Much of the cultural heritage of central Slovakia dates back to its mining past. Those cities which were once centres for precious metal mining are now preserved for their gothic and renaissance architecture.

Central Slovakia is also the birthplace of the fujara - a Slovak wooden musical instrument which, along with the folk music it is used to make, has been recognised by UNESCO since 2005.
Fujaras are beautifully decorated, and each one is an original piece of art. Originally used by shepherds, the fujara's place of origin is north of Banská Bystrica.

Of the six UNESCO world heritage sites in the country, two are to be found in central Slovakia. The town of Banská Štiavnica and the village of Vlkolínec made it onto the list as soon as Slovakia became independent in 1993.

Banská Štiavnica was formerly one of the most significant centres for precious metal mining - as well as the study of mining science, technology and education - in Europe. The world's first technical university, devoted to mining, mineralogy, physics and chemistry, was established here in around 1770 by a decree of the Austrian Empress Maria Theresa, inspiring the subsequent establishment of the polytechnic institute in Paris. The town now boasts renaissance palaces, 16th-century churches, elegant squares and castles.

Kremnica, though not on the UNESCO list, also has its mining history to thank for the surviving renaissance and gothic buildings which characterise the town. Gold was mined here as early as the 11th century, and in 1328 the Hungarian King Charles Robert established a mint here. It's still in use, making it the oldest working mint in the world.

Another traditional village, this one with a copper-mining history, can be found in the centre of the region. Špania Dolina features wooden miners' houses dating from the 17th and 18th centuries. The village is also famous for its lace-making tradition.

The small town of Čičmany is another well-known example of Slovak folk architecture. Its wooden houses are decorated with distinctive white geometric ornaments.

In the north of central Slovakia is one of the most-visited castles in Slovakia: Orava, which dates from the 16th and 17th centuries. Strečno, also in the north of the region, was once one of the strongest fortresses on the northern River Váh; it is now a picturesque gothic ruin.

The northern slopes of the Low Tatras national park are steep, with rocky relief and post-glacial characteristics. Over the course of thousands of years, water has gouged out an entire underground world here. Five caves are open to the public: Demänovská kvapľová jaskyňa Slobody, Demänovská ľadová jaskyňa, Bystrianska jaskyňa, Jaskyňa mŕtvych netopierov and Važecká jaskyňa. The longest cave is Demänovská kvapľová jaskyňa Slobody, with a 23km-long labyrinth. The symbol of the national park is the brown bear.

The High Tatras national park stretches through central and eastern Slovakia and was the first national park in Slovakia, established in 1948. Its and Slovakia's highest peak, Mt. Gerlach (Gerlachovský štít), at 2,655 metres, however, is in eastern Slovakia. There are 110 lakes in the area, which have formed as a result of glacial activity. The longest hiking trail (46.5 kilometres long), known as the Tatranská magistrála (Central Tatras Route), runs parallel to the main ridge across the southern valleys and slopes, offering views of the Low Tatras and beyond.

Muránska Planina national park is on the border between central and eastern Slovakia. More than 90 plant species grow here, in an area which is also the habitat of bears, wolves, lynx, wildcats, otters, golden eagles, lesser-spotted eagles, falcons, eagle-owls and buntings. In the caves live several bat species. Muránska planina is also one of the homes of the Slovak mountain horse, a crossbreed of the Hucul and Nordic horses.

On the other hand, the Veľká Fatra national park is one of the most extensive mountain ranges in Slovakia and has a very well-preserved and diverse natural environment. The relief of the Veľká Fatra is extremely rugged, with abrupt changes in elevation. Its fauna include mountainous species, amongst which there are 110 species of nesting birds and 60 mammal species, notably the lynx, bear and wolf.

By Marta Ďurianová with the Slovak Tourist Board (SACR)