From the Netherlands to Slovakia

NOT all Slovak students need to study abroad in order to do their degree at a good foreign university. 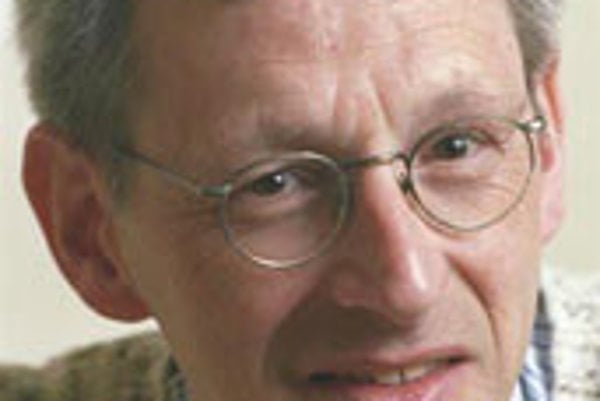 NOT all Slovak students need to study abroad in order to do their degree at a good foreign university.

Thanks to cooperation with the University of Groningen in the Netherlands, PhD students at the Košice Institute for Society and Health (KISH) are able to carry out their research in compliance with Western standards and get a diploma from a renowned Dutch university.

Since the early 1990s van Dijk, a Dutch scientist in the field of Public Health, has been cooperating with universities in Central Europe. Not long after the fall of communism in Slovakia, the University Medical Centre in Groningen (UMCG) was involved in an EU-project at the University of P.J. Šafárik (UPJŠ) in Košice.

"In 1990, I went for holidays in eastern Slovakia and so I was considered an expert on the country," van Dijk jokes when explaining how he was chosen to take part in the project.

In fact, he had no real knowledge of Slovakia at that time; nor did he suspect that his life would remain connected to Slovakia for so long. However, the initial co-operation between the two universities proved successful.

At first there was just an informal group of PhD students conducting research in society and health under the auspices of the University Hospital in Košice, the Faculty of Science and the Medical Faculty of the UPJŠ, and one NGO.

"It was a kind of roof over the research activities, but at that time it wasn't meant to be a formal group," van Dijk says.

In 2003 four more PhD students were assigned to his supervision and at that point the project took on a more formal structure. Further, in accordance with Slovak law, a research institute was created at the Faculty of Science of UPJŠ.

Today, the Slovak-Dutch cooperation within KISH is extensive. About half of the money and some of the supervisors are Dutch, and more than 20 PhD students work under the supervision of four Dutch and several Slovak supervisors. No Dutch students are involved because the main idea of KISH is to provide employment for young Slovak researchers, van Dijk says.

"We want the very smart people to stay in Slovakia and not go abroad, and so we want to offer them good employment opportunities at home," he explains. In the field of social medicine and public health, the brain-drain to the West remains a problem in Slovakia. According to van Dijk, KISH wants to overcome this problem by giving their PhD students the same conditions and support for their research they would have at the University in Groningen. The students usually travel to Holland once a year for a short stay to finalise their papers or do some work that requires infrastructure not available at KISH.

"But in general they are mostly doing low-cost research that they can easily do in Slovakia," van Dijk says.

KISH aims to be the best in its field in Central Europe and significant in Europe.

"In parts of our work we already are the best in Central Europe, but still not significant Europe-wide - and that's what I'm working on," van Dijk explains. In June he is expecting a decision on the granting the 'centre of excellence' status that KISH applied for in 2007. But he has already achieved a significant change in the perception of the centre among students and young researchers. As recently as 2001 it was still very difficult to get the best people to work at KISH.

"Now it's the other way around. The best people are knocking on our door, saying 'Hey, I want to work for you,'" he smiles. And, although graduates from any Slovak university in medicine, psychology, public health, or related fields can apply to a PhD programme at KISH, van Dijk claims he now accepts only the very best students.

"I cannot take those who are only rather good and not the best, because PhD research turns into four years of torture for them," he says.

At the moment he still needs his best young researchers to stay and work at KISH even after finishing their degree, since the centre lacks staff to supervise future students.

According to van Dijk, there is no big difference between Slovak and Dutch students. People are equally smart everywhere, he says. The only difference is that the Slovaks have been taught things in a different way, and sometimes it takes a while to get used to the requirements of the Western journals.

"Some of them grab the ideas immediately, others need a longer time, but in the end all of them are able to adjust and learn fast," van Dijk says. According to him, young researchers have difficulty doing their work and research unless they receive sufficient support from their home institution. And that is often lacking in Slovakia.

"The problem is that some people who were raised in former times and didn't adapt to the new situation are now in leading positions in academia," van Dijk opined. "Fortunately, there are many exceptions who understand that things need to be changed from the ground up. In my opinion, these people are the best hope for Slovakia.

"If Slovaks want to make progress, the universities need to find partners in Western Europe and be willing to invest a lot of time and money into improving.

"But even then, don't expect those improvements tomorrow," van Dijk says. He admits that financing plays quite a significant role here. From Eurostat statistics it is clear that the percentage of GDP spent on research and development is very low in Slovakia and has even been decreasing since 2000. Therefore, van Dijk thinks that more money should be poured into the research and development sector, at least if Slovakia wants to be competitive with the rest of Europe. Such money should be distributed to universities according to their research output.

"However, money cannot compensate for a lack of ideas," van Dijk notes, adding that there are many things that can be done even without great financial funding.

Van Dijk's work in Slovakia is, in a way, a mission. When talking about the potential of Slovakia and its people, his eyes are full of life and the desire to change something here. In his work, he devotes a few hours a week to teaching and most of his time to KISH, to which all his future plans are bound.

"Slovakia is my second home," he says.