THE BUSINESS sector has been left guessing who has won the tender to find an operator for the country's proposed new electronic highway toll system. 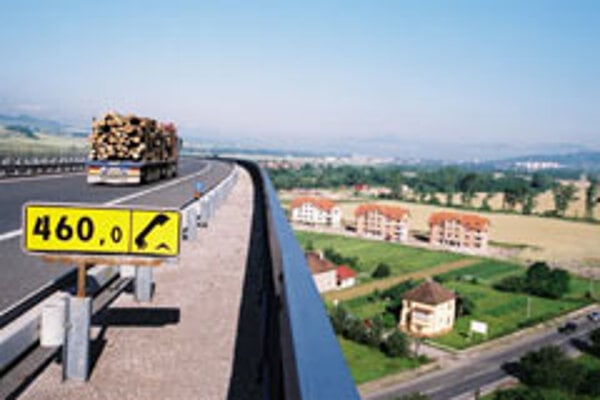 THE BUSINESS sector has been left guessing who has won the tender to find an operator for the country's proposed new electronic highway toll system.

After a twice-stalled attempt to run the tender, four consortiums submitted their bids to the National Highway Company (NDS), the procurer of the Sk20 billion project.

The tender is for a 14-year contract to build the electronic toll system for a 2,435-kilometre road network and operate it for 13 years. The winner will also have the option of extending the contract by an additional five years. The toll collection should start functioning after January 1, 2009 for vehicles weighing over 3.5 tonnes.

By May 7, three of the bidders confirmed to the local media that they had been excluded from the tender, which left the fourth, SanToll, backed by the French firm Sanef, on the list of winners.
But the NDS has not yet officially announced the winner and refused to comment on the results of the tender.

The expelled companies - consortium Slovakpass, led by the Italian company Autostrade; Slovak-Swiss consortium ToSy, led by Bratislava-based Elektrovod Holding; and the Kapsch group, headed by the Austrian firm Kapsch TrafficCom AG, Vienna - are unhappy about their expulsion, and at least two are planning to appeal the decision. The companies have a week to do so.

The delay has applied immense pressure to the construction timetable, with experts suggesting that the deadline is becoming extremely tight if the state still wishes to launch the system in January 2009.

According to media reports, the most expensive bid was preferred at the expense of companies that offered to build and operate the toll system cheaper. Slovakpass said it was a misunderstanding on the part of the highway company.

"The reasons for the exclusion are invalid and are probably based on a misunderstanding on the part of the NDS," Peter Newole of Slovakpass told the SITA newswire.

The company's first move will be to request that the the NDS review its decision.

Newole argued that price had been defined as the main criterion, representing 60 percent of the tender's selection criteria.

"It would be more than strange if the bid with the highest price won," Newole said.

Last December, the highway authority said that the winning candidate would be the one with the most economically favourable offer and the most efficient toll collection system.

Kapsch Traffic Com confirmed that the NDS had dropped it from the running for what it called "shortcomings in the offer."

"The company considers the procurer's reasoning inappropriate and incorrect considering the fact that it was submitted an offer in line with conditions defined in the tender rules," Kapsch said in an official release.

The SanToll group submitted the highest bid, Sk25.67 billion, while ToSy's stood at Sk19.62 billion and Kapsch offered Sk22.57 billion. Slovakpass submitted the lowest bid at Sk19 billion, according to the SITA newswire.

The second most important criterion was the effectiveness of the toll collection, with the highway authority requiring at least 95 percent effectiveness.

Marcel Janošík, spokesman for the NDS, told The Slovak Spectator that the highway authority will not comment on the tender.

Observers said that the state should have signed the contract with the winner of the tender by the end of April if it aspired to meet the January 2009 deadline.

Ľubomír Palčák, director of the Transport Research Institute, told The Slovak Spectator in an earlier interview that setting up an electronic road toll collection system involves constructing an entire infrastructure network, including gates, cameras, scanners, and detectors.
Furthermore, a billing system has to be up and running, which means arranging a system for pre-payment of tolls via banks, credit cards, and other means, he added.