THE APPONYI Palace in Bratislava's Old Town is open again after several years of reconstruction worth Sk150 million (€4.7 million). 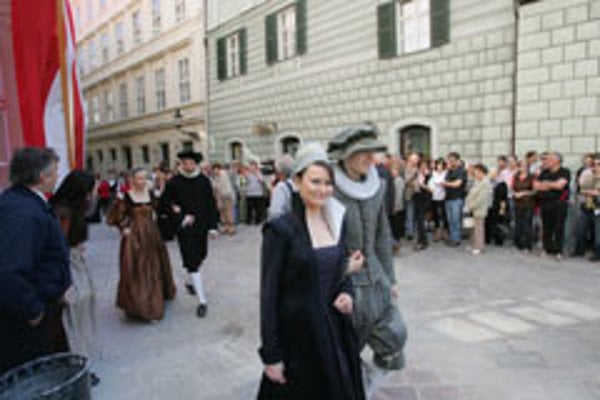 THE APPONYI Palace in Bratislava's Old Town is open again after several years of reconstruction worth Sk150 million (€4.7 million).

The eighteenth century palace was ceremonially reopened on April 27 as the culmination of the Bratislava for All event, during which many public institutions allowed the public free access.
"The building's reconstruction was postponed for a long time," Bratislava Mayor Andrej Ďurkovský said.

The city's next renovation is the Old Town Hall, which is next to the Apponyi Palace, the SITA newswire wrote.

"This will create a beautiful combination - the Old Town Hall, Apponyi Palace, and Primate's Palace - that can be envied everywhere in the world," Ďurkovský added.

The palace now has a Museum of Viniculture in its basement and on the ground floor. The first and second floors display period furniture and the original wooden wall panels and paintings have been preserved to evoke an aristocratic interior from the period. The second floor has bedrooms in different historical styles, a parlour with a Biedermeier air to it, a gentleman's study, and a dining room dating from the second half of the nineteenth century.

The interior is completed by detailed copies of three male and three female historical clothing sets from the Biedermeier, Rococo, and Empire era.

The Apponyi Palace is a Rococo house on Radničná Street that was built between 1761 to 1762 on the order of Count Juraj Apponyi from Oponice. In 1867, the palace was bought by the town to serve as a meeting place for the town council.