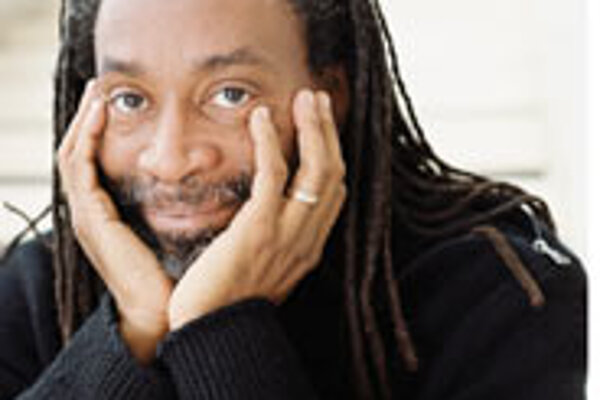 Bratislava
CONCERT: BOBBY McFERRIN, a 10-time Grammy Award winner, is performing in Bratislava on May 17, more than 20 years after his last concert in Slovakia. One of the world's best-known vocal innovators and improvisers, who has sold more than 20 million records, McFerrin was one of the first modern artists to perform recitals without accompaniment. The creator of the song Don't Worry, Be Happy, he has cooperated with such music stars as Herbie Hancock, Chick Corea and Yo-Yo Ma, using his four-octave range to reach beyond musical genres and stereotypes. During his shows, McFerrin never fails to charm his public with his enthusiasm and charisma. The concert takes place at the Sibamac Arena (the National Tennis Centre) at Príkopova 6, starting at 20:00. Tickets cost between Sk1,490 and Sk1,990. For more information, visit www.bobbymcferrin.sk.

Bratislava
EXHIBITION: No Comment - This display presents the best pictures and caricatures that appeared in the Slovak press illustrating how Slovak journalists perceived the most important events of last year.
Open: Mon-Sun 11:00-19:00 until May 25. Admission: free. Open Gallery, Baštová 5. www.ncsu.sk.

Skalica
FESTIVAL: Trdlofest - The festival of trdelník, a local sweet speciality that the EU has certified as originating from this western Slovak town, opens the summer season with a baking competition, eating contest, wine tasting, music and many other activities.
Starts: May 17, 10:00. Admission: Sk50-Sk150. Venues across Skalica. Tel: 034/6645-341, www.trdlofest.sk.

Košice
DANCE: LORD OF THE DANCE, an award-winning international dance show, will stop in Košice during its European tour. Michael Flatley, creator and director of this unforgettable performance that has thrilled audiences around the world for decades, has managed to capture the hearts of all who experience the classic tale of good versus evil based on Irish folklore. More than 50 million people have already seen what was described by The Los Angeles Times as a "show-piece extravaganza". After its several successful appearances in Slovakia, organisers decided to add more performances to satisfy high demand. Two of them will be held at Košice's Steel Arena at Nerudova 12 on May 12, at 17:00 and 20:30. The dancers will then continue their tour by performing in Bratislava on May 14 at 17:00 and 20:30 in the Sibamac Arena (the National Tennis Centre) at Príkopova 6. Tickets cost between Sk690 and Sk1,990. For more information, see www.mickosice.sk.

Košice
DANCE: European Quadrille Dance Festival - The organiser aims to make it into the Guinness Book of World Records by performing mass quadrille dancing simultaneously in dozens of cities throughout Europe.
Starts: May 16, 12:00. Hlavná Street. www.kosice.sk.