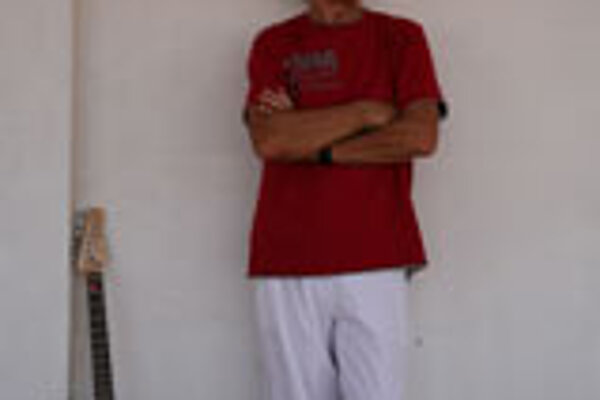 Bratislava
LIVE MUSIC: ONE DAY JAZZ, a new jazz music festival that is taking place for the first time ever in Bratislava on May 20, will host John McLaughlin, with his jazz fusion quartet, The 4th Dimension. The winner of several Grammy Awards and holder of the title The Best Jazz Guitarist, McLaughlin has performed alongside such stars as Miles Davis, Carlos Santana, Chick Corea, Jimi Hendrix and Sting. The concert, his first in Slovakia in 20 years, promotes his recent album, Industrial Zen, which is considered to be one of his best works. The One Day Jazz festival also features the famous Kaltenecker Trio from Hungary and renowned Slovak musician Oskar Rózsa with his band. Tickets cost between Sk799 and Sk1,299 and the event take place in the Incheba Expo Arena at Viedenská cesta 3-7, on May 20 starting at 19:00. For more information, see www.onedayjazz.com.

Bratislava
DANCE: THE RUSSIAN COSSACK State Dance Company, a world-class group of 60 dancers, musicians and singers, will tour Slovak towns with their dynamic and breathtaking performance, which dazzles and delights all theatregoers. Renowned for their strength and athleticism, the “Cossacks” in bright colourful costumes dance with grace, sincerity and ease unique to these greatest masters of the Russian art form. Over its 18 years of existence, the company has become extremely popular both in Europe and America. Tickets cost between Sk690 and Sk1,990 and the performances take place in the following towns: Prešov (May 19 at 20:00, Sports Hall, Pod Kamennou baňou 31), Žilina (May 20 at 20:00, Sports Hall, Vysokoškolákov 6), Nitra (May 24 at 20:00, Winter Stadium Arena, Jesenského 2) and Bratislava (May 25 at 20:00, Sibamac Arena – the National Tennis Centre, Príkopova 6). For more information, call 02/5293-3321.

Nitra
EXHIBITION: Me and the Others – Organisers compare Czech and Slovak contemporary art by presenting works by different artists. A booklet in Slovak and English was published to provide an overview of the artistic scene in both countries.
Open: Tue-Sun 10:00-17:00, until June 29. Admission: Sk20. Nitra Gallery, Župné námestie 3. Tel: 037/6579-641, www.nitrianskagaleria.sk.