THERE will be no shopping in Slovakia on January 1, Easter Sunday, on the afternoon of December 24, or on December 25. These new opening hours in 2009 will not be the result of any sudden change in Slovaks' shopping habits, but rather the result of a revision to the Labour Code which bans retail sales on holidays. There will be an exception for petrol stations, pharmacies, hospitals, airports and other public transportation institutions, and for the sales of tickets and souvenirs. 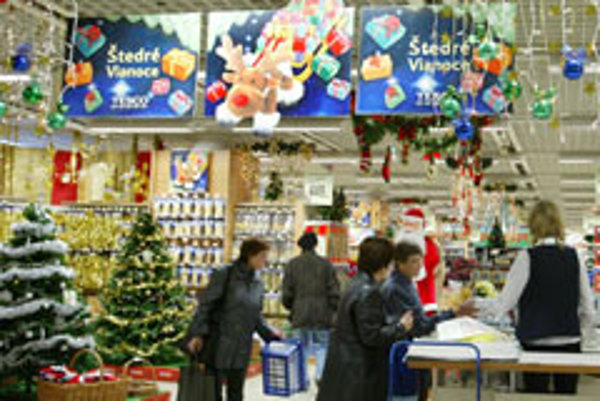 THERE will be no shopping in Slovakia on January 1, Easter Sunday, on the afternoon of December 24, or on December 25. These new opening hours in 2009 will not be the result of any sudden change in Slovaks' shopping habits, but rather the result of a revision to the Labour Code which bans retail sales on holidays. There will be an exception for petrol stations, pharmacies, hospitals, airports and other public transportation institutions, and for the sales of tickets and souvenirs.

During the holidays defined by the law employers are barred from either obliging employees to work, or from making any agreement with them to work on a holiday even if they wish to do so.

The response to the law from retailers has been varied: one of the largest retail chains acknowledged its employees' needs to spend holidays with their families; while another has called it bad news for customers. Many shops in Slovakia already close on most of these holidays.

"The ambition of the law is to set a limit on the ever-extending opening hours during state holidays, even though the Labour Code allows labour on these days only in special cases, when work cannot be performed during regular weekly work hours," Barbora Petrová, of the labour ministry's media department, told The Slovak Spectator.

These are mostly non-stop operations or work which if not performed might threaten the lives or health of the population, Petrová added.

"Employees working at shops during the holidays are not able to devote time to their families," Petrová said, adding that the country's constitution guarantees the protection of family, parenthood and especially children.

The ministry argues that most of the older European Union member countries respect the ban on work on those days and keep shops closed during the holidays.

Only in new member countries, do employees - specifically retail chains - not respect this rule, and this is why some of these countries have decided to modify the legislation so the ban is more specific, according to Petrová.

"In Austria, Germany and other EU countries politicians have realised that days without shopping improve the people's lifestyle and strengthen family ties, because people devote more attention to each other," one of the authors of the revision, Ľudmila Mušková, of the Movement for a Democratic Slovakia told the Hospodárske Noviny financial daily.

However, in neighbouring countries, with the exception of Austria, shops face no limitations when it comes to opening hours.

The country's largest retail chain, Coop Jednota, said the law will not bring any dramatic change to its functioning and it therefore sees no problems with the revision.

"In Slovakia there is a sufficiently developed retail network and thus good conditions for citizens to do their shopping during the holidays," said Gabriel Csollár, chairman of the board of directors of Coop Jednota. "The accessibility of food products will not be limited by cutting the time when shops open."

Employees of the chain, who are mostly women, will have the possibility to spend at least some of the holidays with their families, Csollár told The Slovak Spectator. According to Csollár, the revision will not have any impact on the functioning of the chain's stores.

"Last year's trends show that customers are not leaving their shopping to the last minute," Csollár said. "Food products have a long enough expiry date that freshness of products will be secured."
Csollár admitted that some holidays are times of intense shopping activity, and that revenues reflect that.

"However, for several years our stores have closed on December 25, so it will not be a dramatic change," he said.

However, Tesco said that the revision is negative for customers and also for employees.

"Based on responses we receive from customers we know that they see the opening time as a service that matches their interests and expectations," Tesco's Oľga Hrnčiarová told The Slovak Spectator.
The decision will interfere with customers' freedom to do their shopping without obstacles, mainly before the Christmas holidays, Hrnčiarová said.

"Now they have to buy the products they want in a shorter time, while our employees will have to sell larger amount of goods during a shorter time," Hrnčiarová said.

On the other hand, employees, particularly those with older children or who do seasonal work, were glad to get some extra pay during the holidays, since they received a 100 percent bonus for working, added Hrnčiarová.

According to Hrnčiarová, the most demanding day will probably be December 24, when there is most traffic in its shops. Tesco noted that its stores already closed on Christmas Day and New Year's Day.